Dr. Dre is arguing that police officers have no right to privacy. 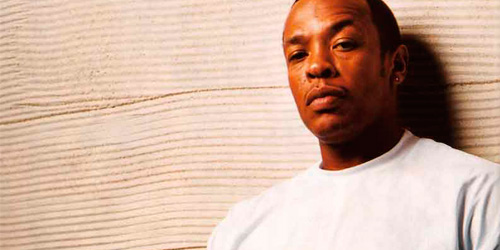 Under the clever but misleading headline “Rap is in the house at the Mich. Supreme Court,” I see that an unlikely figure is making a stand for an important Constitutional principle:

Rap and hip-hop veteran Dr. Dre is on the docket at the Michigan Supreme Court.

The court plans to hear arguments Wednesday in a lawsuit by a Detroit councilman and others who say they were illegally videotaped backstage at a 2000 concert at Joe Louis Arena. Gary Brown was a police official at the time. He warned concert organizers that power would be turned off if they showed a sexually explicit video. The confrontation was taped and later included in a DVD of the “Up In Smoke” tour, featuring Eminem and other artists.

Brown says his privacy was violated by the video. Dr. Dre lawyer Herschel Fink says there’s no privacy when police are doing their job. Dr. Dre is a defendant but won’t be attending the Supreme Court arguments.

This would seem like a no-brainer.  Government officials acting in their official capacity in a public space ought to have no expectation of privacy.