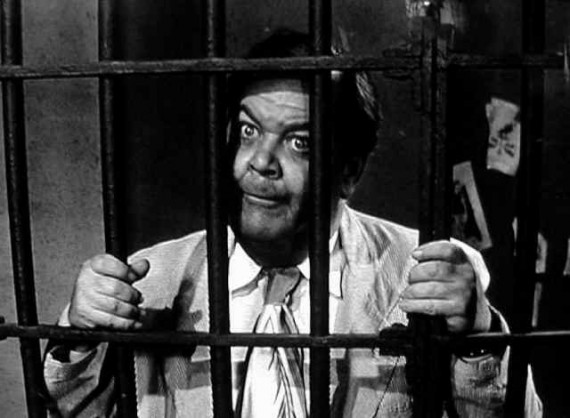 The Pennsylvania Supreme Court has paved the way to overturn a whole lot of drunk driving convictions by ruling that people must actually be driving to be charged with that offense.

It seemed like a clear cut case of drunken driving when a city police officer came across a Hanover Township man asleep at the wheel of his car with the engine running.

Actually, it would appear to be a clear case of drunken sleeping.

The suspect, Victor Verdekal, had a strong odor of alcohol and staggered out of the vehicle when awakened, nearly falling several times, according to an arrest affidavit. A blood-alcohol test later revealed he had a level of 0.197 percent, nearly 2 times the legal limit of 0.08 percent.

But it’s not illegal to be drunk, right? Just to be drunk while operating a motor vehicle or otherwise endangering the public’s safety?

But when the case went to court in April 2009, Senior Luzerne County Judge Patrick Toole ruled the District Attorney’s Office could not present any of the evidence police had gathered. The reason? The vehicle was parked at the time Verdekal, 27, of West St. Mary’s Road, was discovered, and police could not prove that he had actually operated the car in an intoxicated state.

It’s a legal distinction that’s been utilized to overturn DUI convictions in a number of cases statewide, frustrating prosecutors and police.

“If a police officer gets a call of someone slumped over a wheel and finds a person passed out drunk in the driver’s seat . . . . but has no information that tells him the car was moved, that officer has no probable cause to arrest that person,” said Luzerne County Assistant District Attorney James McMonagle. “As it stands now, the officer would have to stand by and wait for the car move to arrest the person.”

How inconvenient for that officer!

McMonagle appealed Toole’s ruling to the state Superior Court, but said he knew he faced a difficult challenge in overturning it given that the court has previously ruled in favor of defendants whose cases were similar to Verdekal’s. He was right. A three-member panel of the court voted 2-1 this week to affirm Toole’s decision. Barring a potential appeal to the state Supreme Court, the ruling means prosecutors will have to drop the charges against Verdekal for lack of evidence.

The key issue in the Verdekal and other cases revolves around a provision within the drunken driving statute that permits police to charge a driver – even if the vehicle is not moving – as long as the officer can show the operator was in “actual physical control” of the vehicle. The problem for police has been in how appellate courts have interpreted what constitutes “actual physical control,” McMonagle said.

In Verdekal’s case, he was discovered asleep at the wheel while his car was legally parked on North Washington Street at around 1:35 a.m. on April 10, 2008. The engine was running, but his headlights were not on, he was not wearing a seatbelt, and his hands were not on the wheel, according to court records.

Verdekal’s attorney, Ferris Webby, said numerous appellate court rulings have said the mere presence of an intoxicated person behind the wheel of a vehicle that is stationary is not sufficient to prove the person drove the vehicle while intoxicated. Webby said the courts have held that police must look at the “totality of the circumstances” in making that call. There must be some other evidence – such as the car being stopped in the middle of the road, or its tire up on a curb – that would indicate the driver had driven the vehicle while intoxicated prior to the arrival of police at the scene.

Webby said the courts have made that distinction because the justices realize there could be situations where a person who is not yet intoxicated drives to bar, goes inside, becomes intoxicated, then leaves the establishment to “sleep it off” in their car.

That’s what Webby said happened in Verdekal’s case. Verdekal had gone to the car to sleep while waiting for his brother, whom he was out drinking with, to return. He started the engine so that he could get heat in the vehicle, but never moved it. “If an intoxicated person starts his vehicle that is not, in and of itself, enough for an officer to have probable cause to believe a driver is under the influence,” Webby said. “They (the courts) don’t want to put a chilling effect on people who know they can’t drive and are using a car to sleep.”

Now, that may not have been what happened here. But it surely happens sometimes. And we certainly prefer drunks to sleep in their car than drive, no? But, if sleeping while drunk is the same thing legally as driving while drunk, the incentive is to do the latter.

But McMonagle said the responsibility of police is to ensure the safety of the public. The law puts police in a difficult position because, without evidence the operator drove the car, the officer can’t arrest the person on suspicion of DUI.

But the law is supposed to put police in a difficult situation! And police aren’t supposed to be able to arrest people based on mere suspicion.

“At best the officer can prevent the person from driving, but does he have the time to stand by the car to make sure they do not drive away?” McMonagle said.

Yes. Yes he does! What else does he have to do, after all? He’s basically being paid to walk or drive around and see what’s going on in between responding to radio calls.

McMonagle said he’s discussing appealing the Verdekal decision to the state Supreme Court, but no decision has yet been made. If an appeal is filed, it would likely allege the courts have improperly interpreted the DUI statute in Verdekal’s case, as well as others. He noted the statute says the person must be in “control” of the vehicle. It does not say anything about having to prove the defendant “moved” the vehicle. “They are making the commonwealth prove the defendant drove the car. That’s not what the statute means,” he said.

In which case the statute is likely unconstitutional. How is a sleeping person, parked in their car, dangerous?

FILED UNDER: Uncategorized, Pennsylvania, probable cause