September's jobs report was better than expected, but still not very good. 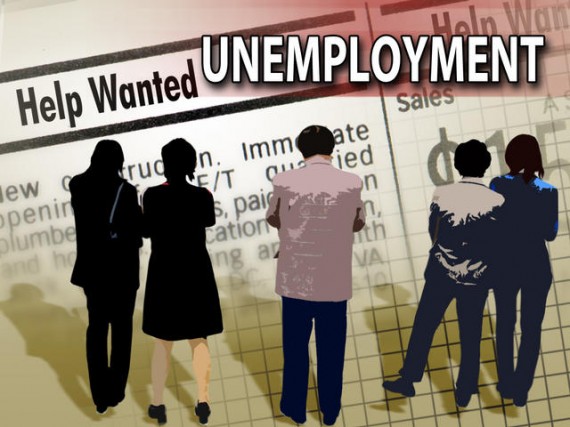 September’s jobs report was better than what we’ve been seeing for the last several months, but still nowhere near the level of growth the economy needs to really put a dent in unemployment:

As an increasing number of economists warned in recent weeks of a possible dip back into recession, the Labor Department said Friday that American employers added 103,000 jobs in September, staving off the bleakest forecasts for now.

The unemployment rate for September was unchanged from August, 9.1 percent.

With President Obama continuing to press a balky Congress to pass his jobs bill, the Labor Department’s monthly snapshot highlighted the challenges for an administration faced with an economy that has struggled to deliver significant employment growth since the recovery started more than two years ago.

September’s number of new jobs was well more than analysts had expected — one consensus predicted a gain of 55,000 jobs — and the Labor Department also revised the August figure of zero job growth to a gain of 57,000 jobs.

Still, the report came on the heels of disappointing data about consumer confidence and the housing market. Economists have also grown increasingly concerned about a ballooning European debt crisis that could send ripples across the Atlantic.

In a news conference on Thursday, the president urged Congress to act to prevent weaker growth and more job losses. “There are too many people hurting in this country for us to do nothing,” Mr. Obama said. “And the economy is just too fragile for us to let politics get in the way of action.”

The private sector added 137,000 jobs in September, although that included about 45,000 Verizon workers who had been on strike during August and returned to work by September. As has been the case throughout most of the downturn and tepid recovery, health care and education were among the strongest sectors, adding 45,000 jobs in September.

The public sector was the weakest link, with local government shedding 35,000 jobs, including 24,400 in public education. Randi Weingarten, president of the American Federation of Teachers, said that with local budgets under such tight constraints, school districts were not hiring as many new teachers and classroom aides as they have in the past. She said that about 300,000 education jobs have been lost since 2008 and projected a further 280,000 job losses due to state and local budget cuts.

Overall, there were still 14 million people out of work, 6.2 million of whom have been on the job hunt for six months or more, the report showed. Including those who are working part-time because they cannot find full-time employment and those who are too discouraged to look for work anymore, the total unemployment rate rose to 16.5 percent in September.

Factor out those returning Verizon workers (and I’m honestly not sure why it’s considered acceptable to count workers who were out on strikes as unemployed one month and re-employed the next month) and the net jobs increase is actually only 58.000, which isn’t very good at all. The good news, to the extent there is any here, is that there is some net job growth and that the figures for July and August have been revised upward to show a total of 99,000 jobs added during those months. August is an interesting one because, as you’ll recall, it was initially reported that there as absolutely no jobs growth that month. It now turns out there were about 57,000 jobs added. That’s a disparity that leads one to wonder just how accurate these statistics are to begin with.

That being said, the news we have is good but it’s not great and, as one analyst notes. there really isn’t anything to write home about here:

“The September performance is more of a dead cat bounce than real progress,” Peter Morici, economist at the University of Maryland, said in a snap analysis. “Jobs creation will remain inadequate to keep unemployment from falling in the months ahead, especially considering the mass layoffs recently announced in banking and pharmaceuticals that will be effected in the months ahead.”

That is indeed the case. We’ve averaged about 72,000 net jobs created per month since the beginning of the year. That’s nowhere where we need to be just to keep up with population grown, and far from the pace we need to be on to actually start bringing the unemployment rate down. At this rate, I think it’s pretty clear that we can expect more anemic jobs growth through the end of the year, with the possibility of a modest pickup in November and December when retailers take on extra workers for the holidays (nearly all of whom will be let go in January, of course). When 2012 rolls around, it’s just looking like more of the same and it seems unlikely that the unemployment rate will be appreciably below where it is now a year from now. And remember, a year from now it will be a month before the 2012 Presidential Election.