David Brooks urges readers to “Take a Ride to Exurbia” if they wish to understand the outcome of this election.

About six months ago I came out with a book on the booming exurbs – places like the I-4 corridor in central Florida and Henderson, Nev. These are the places where George Bush racked up the amazing vote totals that allowed him to retain the presidency. My book started with Witold Rybczynski’s observation that America’s population is decentralizing faster than any other society’s in history. People in established suburbs are moving out to vast sprawling exurbs that have broken free of the gravitational pull of the cities and now exist in their own world far beyond.

Ninety percent of the office space built in America in the 1990’s was built in suburbia, usually in low office parks along the interstates. Now you have a tribe of people who not only don’t work in cities, they don’t commute to cities or go to the movies in cities or have any contact with urban life. You have these huge, sprawling communities with no center. Mesa, Ariz., for example, has more people than St. Louis or Minneapolis. 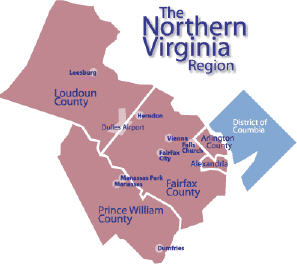 This is an important point, to be sure. Indeed, I now live in exurbia–Loudoun County, Virginia, the fastest growing county in the country and one of the case studies of Brooks’ book. What’s interesting is that, while eastern Loudoun County is less than 25 miles from DC and many of us work in DC or its suburbs, the political and social culture is quite different. DC went 90% for Kerry while Loudoun County went 56% for Bush. Arlington County went 68% for Kerry and Fairfax County went 53% for Kerry. Prince William County, barely an exurb, went 53% for Bush.

Apparently, a couple miles makes a lot of difference.