Voting in the historic elections for Riyadh municipal council will be held tomorrow. The counting of votes will start immediately after the voting ends and results will be announced late that night or on Friday, an Election Commission spokesman said. Election fever has gripped Riyadh and its suburbs, where Ã¢€œpolling will begin at 8 a.m. and end at 5 p.m.,Ã¢€ said the spokesman, who preferred to remain anonymous. Ã¢€œThe Election Commission will start counting the votes Thursday night after the daylong polling process is completed,Ã¢€ confirmed Dafer Saeed Al-Yami, a candidate contesting the election in District No. 3, who has intensified campaigning since Monday. He has lined up several meetings and in all his meetings he discusses a range of municipal and social issues.

I’m more than a little skeptical of this but John at Crossroads Arabia is optimistic: 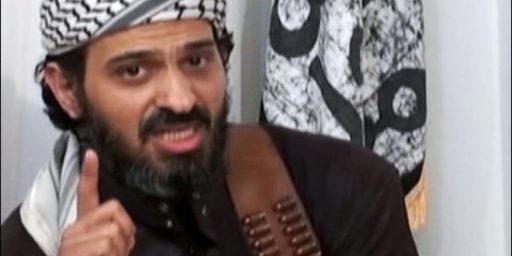