My latest for The Atlantic: "For Europe, Some Fear a Conflict Between Union and Democracy" 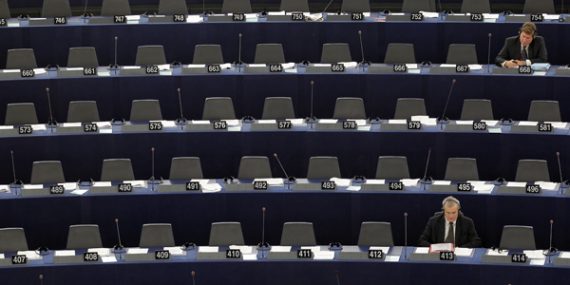 My latest for the Atlantic, “For Europe, Some Fear a Conflict Between Union and Democracy,” expands on a theme I briefly explored earlier in the week.

For now at least, the Greek referendum that could have been the beginning of the end for the euro has been shelved. The panic that it provoked, however, says something about the tension between democracy and effectiveness that has marked the European project from its outset.

There are times when national leaders make unpopular choices because they fear dire consequences if they don’t. On both sides of the Atlantic, bailouts for the financial industry and austerity measures have been enacted despite howls of popular protest. Governments have fallen in Europe and several others teeter on the brink. President Obama’s party suffered heavy losses in the 2010 midterms and mired in the 40’s in the opinion polls for two years.

Direct democratic participation in the form of referenda, popular in many EU countries and a handful of U.S. states, does not appear to have been working very well. The outcome is easily manipulated or distorted by question wording, election timing, and deceptive advertising. Representative democracy, where leaders make decisions and face electoral consequences, seems to be more effective, though at times elected leaders may feel compelled to do things that their constituents don’t want — such as bail-outs or austerity measures.

The problem, as Farrell puts it, is “whether there is a European Union that could be affirmed (after long and painful debates) by both the Greek and German publics.” In other words, is there a version of the EU that is acceptable to its Greek as well as its German constituents, both of whom currently have to live under EU rule. If there’s not — and this well might be the case — then it raises the question of whether the European Union, a collection of some of the world’s most democratic governments, is actually democratic itself.

Much more at the link, naturally.