A mustachioed German has once again sent the world into panic. This time, it involves euros not tanks. 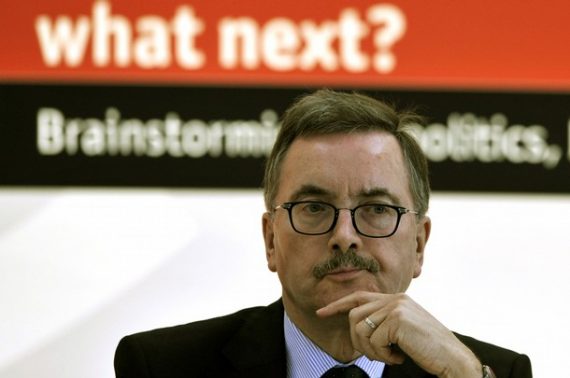 A mustachioed German has once again sent the world into panic. This time, it involves euros not tanks.

The markets took another hard hit today following the abrupt resignation of Jürgen Stark, Germany’s member of the European Central Bank’s board. The euro hit six month lows against the dollar, bank stocks tumbled five percent, the Dow was down 3 percent, and the FTSE All-World index fell 3.07 percent amid near certainty that Greece would default on its debt and send another shockwave throughout the Eurozone.

My colleague Alexei Monsarrat, director of the Atlantic Council’s Global Business and Economics program, believes “Mr. Stark’s departure deeply underscores the existential decisions facing Europe – decisions that are largely in Germany’s hands. With this move, Stark is attempting to wrench the ECB back from its expanded role and striking a blow to Angel Merkel’s efforts to rally German support for efforts to shore up Europe’s periphery. This deepens uncertainty about the ECB’s future moves amplifies Germany’s internal divisions over its approach to Europe.”

More at my New Atlanticist post, “Key Resignation Another Blow to Eurozone Stability.”