Legendary stuntman Robert Craig Evel Knievel has died after a long illness at the age of 69.

Evel Knievel, the hard-living motorcycle daredevil whose jumps over Greyhound buses, live sharks and Idaho’s Snake River Canyon made him an international icon in the 1970s, died Friday. He was 69.

Knievel’s death was confirmed by his granddaughter, Krysten Knievel. He had been in failing health for years, suffering from diabetes and pulmonary fibrosis, an incurable condition that scarred his lungs.

Knievel had undergone a liver transplant in 1999 after nearly dying of hepatitis C, likely contracted through a blood transfusion after one of his bone-shattering spills.

Immortalized in the Washington’s Smithsonian Institution as “America’s Legendary Daredevil,” Knievel was best known for a failed 1974 attempt to jump Snake River Canyon on a rocket-powered cycle and a spectacular crash at Caesar’s Palace in Las Vegas. He suffered nearly 40 broken bones before he retired in 1980.

Although he dropped off the pop culture radar in the ’80s, Knievel always had fans and enjoyed a resurgence in popularity in recent years. In later years he still made a good living selling his autographs and endorsing products. Thousands came to Butte, Mont., every year as his legend was celebrated during the “Evel Knievel Days” festival.

His death came just two days after it was announced that he and rapper Kanye West had settled a federal lawsuit over the use of Knievel’s trademarked image in a popular West music video.

Knievel’s death is no great shock given how poor his health had been. For that matter, if anyone had told him 40 years ago he’d make it to 69 he’d have laughed. Still, I grew up watching his exploits on “Wide World of Sports” and elsewhere and it’s a sad passing.

As I noted last May in “Evel Knievel: The Legend as an Old Man,”

In the era of three television networks, and before pay-per-view sporting events, things like Knievel stunts or championship boxing bouts were watched by the lion’s share of the country. Now, with the exception of the Super Bowl, there’s nothing like that. Even major sporting events, like the World Series or NBA Championship, are niche events when there are 200 channels to choose from. Even such phenomena as “American Idol” are still watched by a far smaller share of the population than watched Knievel’s jumps.

We’ll quite simply never see his like again. May he rest in peace. 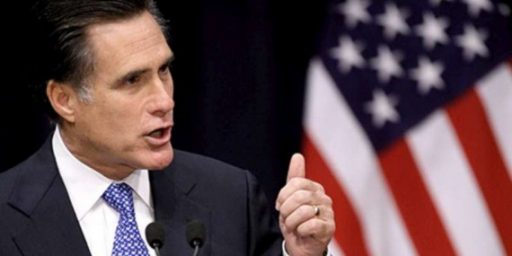