Everyone Has a Plan Until they Get Hit

Megan McArdle, reporting from an annual gabfest in Aspen:

The questions for [Austan] Goolsbee are much more hostile than they were last year.  I don’t know whether to attribute this to the economy, or the fact that the disadvantages of Obama’s policies are now apparent.  All policies sound better when they’re in white paper, and Obama’s rhetorical deftness made it particularly easy to make his proposals sound like all things to all people.  Now deficits have to be paid for, climate change bills turn out to lack teeth for anyone except the Chinese, health care gets scored by the CBO rather than optimistic campaign members.

Quite so.  Last year, Goolsbee was a smart outsider, pointing to deficiencies in the extant Bush administration’s policy outcomes.  This year, he’s an insider presiding over a giant mess.  While one aspires to the latter position, the former is more comfortable.

The post’s title, of course, refers to a quotation from the philosopher Michael Gerard Tyson.  (Reported variants include, “Everyone’s got a plan until they get punched in the mouth.”)   It may or may not have been inspired by of Helmuth von Moltke’s dictum “No plan survives first contact with the enemy.” 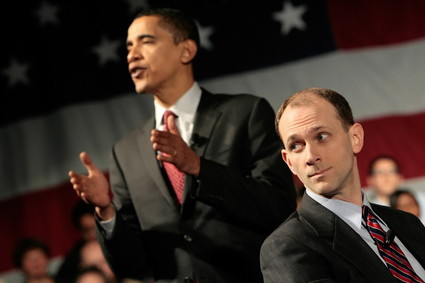