Republicans competing to see who can be the toughest on crime

One of unfortunate truth about Federal Judgeships is that one of the best routes to one is through a prosecutor’s office. The Cato Institute’s Clark Neily published an in-depth study on the topic in 2019 (later updated in 2021) that established that “[f]ormer courtroom advocates for government (389, 44.20 percent) now outnumber former advocates for individuals against government (57, 6.47 percent) by nearly seven to one.”

While President Trump’s nominations were especially biased towards prosecutors–appointing former prosecutors over defense attorneys at a rate of 10 to 1–the reality is that Democratic Presidents are not much better. For example, the news site Splinter notes that as of 2015 “just 14% of President Obama’s nominees for district and appeals court judges had experience working in public defense. Meanwhile, 41% of his nominees had experience working as prosecutors.”

To understand part of the reason for this, one need look no further than Wednesday’s Senate Judiciary Hearing for Nina Morrison, President Biden’s nomination for a Federal Judgeship in New York’s Southern District. Morrison, after clerking for a judge on Second Circuit’s Court of Appeals, has spent most of her career representing convicted individuals and engaging in civil rights litigation. Through her work with the Innocence Project, Morrison has been lead or co-counsel in cases that have overturned the convictions of more than 30 wrongfully convicted people.

During the hearing, a number of Republican members of the judicial committee specifically attacked her on that record. Take, for example, this line of attack from Ted Cruz:

Cruz was joined in these attacks by fellow GOP and Ivy League trained lawyers, Josh Hawley and Tom Cotton. While Cotton questioned her on why she was continuing to advocate for an individual who was already executed*, Hawley used this as an opportunity to attack reforms to the criminal legal system in general:

“You describe her as part of a cohort of prosecutors who seek a new approach to justice, and in particular seek to reform current tough-on-crime practices,” [Josh] Hawley alleged. “Now I, actually, I do agree with that characterization. I think you accurately have described the behavior of prosecutors in my state. They have reformed ‘tough on’ current practices. In fact, I’d say they’re pro-crime. They’re pro-criminal practices.”

It’s almost as if these (again, Ivy League trained lawyers) have forgotten that our legal system is, in part, based on a Constitutional guarantee of defense counsel in criminal cases. Maybe they were all absent that week.

That said, what stands out about these attacks is that they were not as much focused on Morrison’s work as a client advocate as they were the role she has played in advising the so-called “Progressive Prosecution” movement. The movement, with people like Philadelphia District Attorney Larry Krasner at its center, focuses on expanding the options that prosecutors have for dealing with lower-level crime, implementing conviction integrity units that investigate allegations of wrongful convictions, and supporting other reform movements like the elimination of cash bail.

Progressive prosecutors have long been a target of the right-wing. And it is true that we are seeing a nationwide increase in certain forms of crime (though we are also still a long way from where we were in the ’90s when the rate most crimes peaked and, additionally, we have yet to see if this will be a sustained trend). Still, these attacks are deeply disingenuous.

First, there is no evidence that progressive prosecution or criminal justice reforms specifically led to the current increase in crime. In fact, the upward trend is nationwide and has held true in counties with “tough on crime” prosecutors and places that have increased police funding (see for example Shelby County which has seen its crime rates grow proportionally to that of the rest of the country while having a multi-term “tough on crime” prosecutor).** So while these talking points are great from a moral panic point of view, there is very little evidence to actually back them up.

And yet, they demonstrate the challenge that advocates face in the process. And this has deep implications for defendants in federal cases. It means that the majority of judges they will appear before, consciously or not, may be more likely to take the prosecution’s view of things. And equally important, when it comes to evaluating the implementation and interpretation of criminal law, those judges are often more sympathetic to the government’s position. On this Neily makes the following arguement:

The radical imbalance between former government advocates and former government opponents on the federal judiciary is particularly concerning when we consider what federal judges actually do, as well as the key role of the judiciary in our system of government. While the bulk of the federal court docket involves disputes between private parties, around 20 percent of all federal cases are criminal prosecutions, with another 15 percent involving various challenges to government power, including civil rights cases and habeas corpus petitions. Some of these are literally a matter of life and death—and not just in capital cases—whereas others involve constitutional challenges to laws that restrict people’s ability to work, speak, worship, travel, get married, or raise their own children. Other cases involve fundamental questions regarding the size, scope, and nature of government power, including the legitimacy of our ever‐​expanding, increasingly unaccountable federal bureaucracy. If a person’s last job before judging the legality of that bureaucracy was representing its interests in court, who could fault the civil rights plaintiff for suspecting that the agency she’s suing might enjoy a bit of a hometown advantage?

As demonstrated above, when criminal and civil rights cases pitting individuals against government are filed in federal court, the chances are nearly 45 percent that they will be heard by a judge who served as a courtroom advocate for the government (but never for individuals against government), whereas there is only a roughly 6 percent chance that the case will be heard by a judge who represented individuals in cases against the government (and never served as an advocate for government). No prosecutor would relish the prospect of trying a case before a jury half‐​filled with former criminal defense attorneys—just as no criminal defendant relishes the idea of going before a judiciary half‐​filled with former government advocates. But for now at least, that’s the system we have.

Yet, it’s exactly the resistance that Morrison faces that makes Presidents who might be otherwise inclined, hesitant to nominate individual advocates. And as a direct result of that, we haven’t had someone with individual defense experience on the Supreme Court in over a decade. Additionally, what these hearings demonstrate is that we are seeing a future where not only will advocates face serious headwinds, but also prosecutors who come from the wrong types of offices (i.e. the ones that seem to actually care about avoiding convicting people who didn’t commit the crimes they are accused of).

And that is not good for the health of our federal courts.

* – Cotton might have been saving his “tough on crime” hot takes for later in the day when he blamed the Democrats for the First Step Act, which… *checks notes*… was passed when Republicans held both the House and Senate and was pushed for and signed by Republican President Donald Trump.

** – This trend is also true for the previous decade-long drop in crime which happened across the board regardless of what local policing and prosecution strategies had been implemented. This highlights the probability that there are many complex factors at play, many of which may be outside the realm of the criminal legal system, in both the rise and decrease of crime. 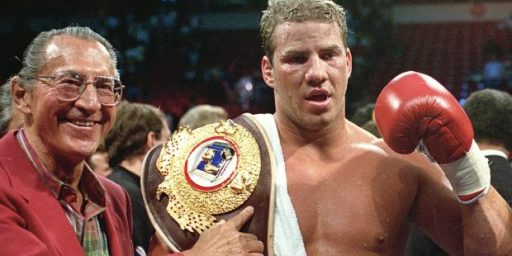 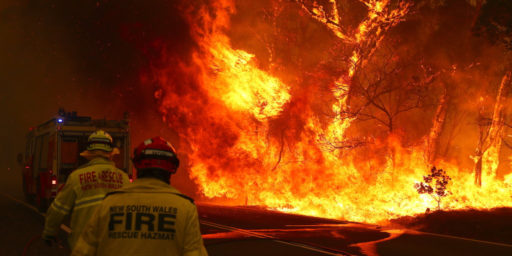