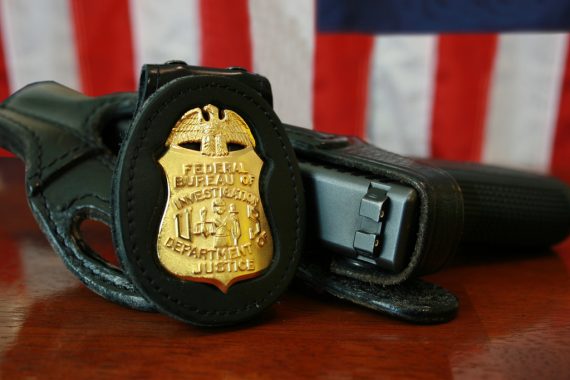 An internal investigation at the Federal Bureau of Investigation has ended with what can only be described as entirely unsurprising results:

WASHINGTON — After contradictory stories emerged about an F.B.I. agent’s killing last month of a Chechen man in Orlando, Fla., who was being questioned over ties to the Boston Marathon bombing suspects, the bureau reassured the public that it would clear up the murky episode.

“The F.B.I. takes very seriously any shooting incidents involving our agents, and as such we have an effective, time-tested process for addressing them internally,” a bureau spokesman said.

But if such internal investigations are time-tested, their outcomes are also predictable: from 1993 to early 2011, F.B.I. agents fatally shot about 70 “subjects” and wounded about 80 others — and every one of those episodes was deemed justified, according to interviews and internal F.B.I. records obtained by The New York Times through a Freedom of Information Act lawsuit.

The last two years have followed the same pattern: an F.B.I. spokesman said that since 2011, there had been no findings of improper intentional shootings.

In most of the shootings, the F.B.I.’s internal investigation was the only official inquiry. In the Orlando case, for example, there have been conflicting accounts about basic facts like whether the Chechen man, Ibragim Todashev, attacked an agent with a knife, was unarmed or was brandishing a metal pole. But Orlando homicide detectives are not independently investigating what happened.

“We had nothing to do with it,” said Sgt. Jim Young, an Orlando police spokesman. “It’s a federal matter, and we’re deferring everything to the F.B.I.”

Occasionally, the F.B.I. does discipline an agent. Out of 289 deliberate shootings covered by the documents, many of which left no one wounded, five were deemed to be “bad shoots,” in agents’ parlance — encounters that did not comply with the bureau’s policy, which allows deadly force if agents fear that their lives or those of fellow agents are in danger. A typical punishment involved adding letters of censure to agents’ files. But in none of the five cases did a bullet hit anyone.

Critics say the fact that for at least two decades no agent has been disciplined for any instance of deliberately shooting someone raises questions about the credibility of the bureau’s internal investigations. Samuel Walker, a professor of criminal justice at the University of Nebraska Omaha who studies internal law enforcement investigations, called the bureau’s conclusions about cases of improper shootings “suspiciously low.”

Current and former F.B.I. officials defended the bureau’s handling of shootings, arguing that the scant findings of improper behavior were attributable to several factors. Agents tend to be older, more experienced and better trained than city police officers. And they generally are involved only in planned operations and tend to go in with “overwhelming presence,” minimizing the chaos that can lead to shooting the wrong people, said Tim Murphy, a former deputy director of the F.B.I. who conducted some investigations of shootings over his 23-year career.

The F.B.I.’s shootings range from episodes so obscure that they attract no news media attention to high-profile cases like the 2009 killing of an imam in a Detroit-area warehouse that is the subject of a lawsuit alleging a cover-up, and a 2002 shooting in Maryland in which the bureau paid $1.3 million to a victim and yet, the records show, deemed the shooting to have been justified.

With rare exceptions — like suicides — whenever an agent fires his weapon outside of training, a team of agents from the F.B.I.’s Inspection Division, sometimes with a liaison from the local police, compiles a report reconstructing what happened. This “shooting incident review team” interviews witnesses and studies medical, ballistics and autopsy reports, eventually producing a narrative. Such reports typically do not include whether an agent had been involved in any previous shootings, because they focus only on the episode in question, officials said.

That narrative, along with binders of supporting information, is then submitted to a “shooting incident review group” — a panel of high-level F.B.I. officials in Washington. The panel produces its own narrative as part of a report saying whether the shooting complied with bureau policy — and recommends what discipline to mete out if it did not — along with any broader observations about “lessons learned” to change training or procedures.

F.B.I. officials stressed that their shooting reviews were carried out under the oversight of both the Justice Department’s inspector general and the Civil Rights Division, and that local prosecutors have the authority to bring charges.

The 2,200 pages of records obtained by The Times include an internal F.B.I. study that compiled shooting episode statistics over a 17-year period, as well as a collection of individual narratives of intentional shootings from 1993 to early 2011. Gunfire was exchanged in 58 such episodes; 9 law enforcement officials died, and 38 were wounded.

The five “bad shoots” included cases in which an agent fired a warning shot after feeling threatened by a group of men, an agent fired at a weapon lying on the ground to disable it during an arrest, and two agents fired their weapons while chasing fugitives but hit no one. In another case, an agent fired at a safe during a demonstration, and ricocheting material caused minor cuts in a crowd of onlookers.

On some level, it’s perhaps understandable that most shooting incidents involving FBI agents would be determined to be an appropriate use of force. These agents are, after all, among the most highly trained and disciplined law enforcement officers in the nation, if not the world. At the same time, it strains credulity to believe that there were only five such incidents over the past twenty years, especially when we are being asked to accept that conclusion from the agency itself. There’s clearly more of a problem with improper use of force by police at the local level, especially in minority communities, but that doesn’t mean that the nation’s most elite law enforcement agency should be ignored when examining this issue.