More evidence of apparent Russian-backed efforts to interfere in the election. 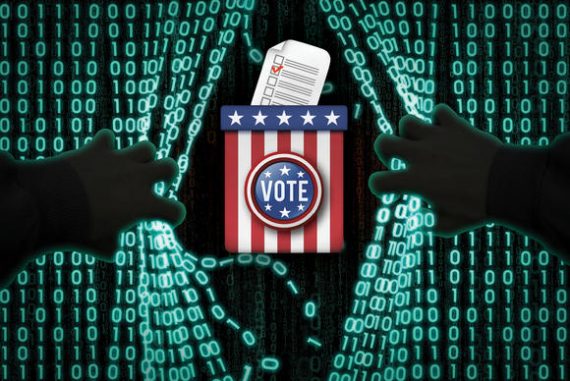 The Federal Government has notified twenty-one states that their election systems were the targets of hacking in advance of the 2016 elections:

The notification came roughly a year after officials with the United States Department of Homeland Security first said states were targeted by hacking efforts possibly connected to Russia. The states that told The Associated Press they had been targeted included some key political battlegrounds, such as Florida, Ohio, Pennsylvania, Virginia and Wisconsin.

The A.P. contacted every state election office to determine which ones had been informed that their election systems had been targeted. The others that confirmed they were targeted were Alabama, Alaska, Arizona, California, Colorado, Connecticut, Delaware, Illinois, Iowa, Maryland, Minnesota, North Dakota, Oklahoma, Oregon, Texas and Washington.

Being targeted does not mean that sensitive voter data was manipulated or that results were changed. A hacker targeting a system without getting inside is similar to a burglar circling a house, checking for unlocked doors and windows.

Even so, the widespread nature of the attempts and the yearlong lag time in notification from the Department of Homeland Security raised concerns among some election officials and lawmakers.

For many states, the calls on Friday were the first official confirmation that they were on the list — even though state election officials across the country have been calling for months for the federal government to share information about any hacks, as have members of Congress.

“It is completely unacceptable that it has taken D.H.S. over a year to inform our office of Russian scanning of our systems, despite our repeated requests for information,” California’s secretary of state, Alex Padilla, a Democrat, said in a statement. “The practice of withholding critical information from elections officials is a detriment to the security of our elections and our democracy.”

Senator Mark Warner of Virginia, the top Democrat on a committee that is investigating Russian meddling in last year’s election, has been pushing the department for months to reveal the identities of the targeted states. He said states need such information in real time so that they can strengthen their cyber defenses.

“We have to do better in the future,” he said.

The Department of Homeland Security said it recognized that state and local officials should be kept informed about cybersecurity risks to election infrastructure.

“We are working with them to refine our processes for sharing this information while protecting the integrity of investigations and the confidentiality of system owners,” the department said in a statement.

The government did not say who was behind the hacking attempts or provide details about what had been sought. But election officials in several states said the attempts were linked to Russia.

A spokeswoman for the National Association of Secretaries of State said the group had requested a list of the states where there were hacking efforts. In most cases, states said they were told the systems were not breached.

Federal officials said that in most of the 21 states the targeting was preparatory activity such as scanning computer systems.

The targets included voter registration systems but not vote-tallying software. Officials said there were some attempts to compromise networks, but most were unsuccessful.

As the article goes on to note, it’s generally believed both by Federal authorities and by the state agencies that oversee elections in the various states that the entities that attempted to hack into their system were based in Russia and/or connected to Russian government agencies. This would be consistent with all of the other reporting we’ve seen over the course of this year regarding Russian attempts to interference in the election in manners such as apparently being behind the hacking of the email systems of the Democratic National Committee and the email of top Clinton adviser Tony Podesta and the selective leaking of the contents of those systems in a manner that was clearly designed to attack the Clinton campaign. It can also be seen in the recent reports of groups apparently linked to Russia being behind the creation of hundreds or possibly even thousands of Facebook newsgroups designed to spread fake news and memes attacking Hillary Clinton and boosting the candidacy of Donald Trump. Given that we know the Russians behind this, it makes sense that they’d at least attempt to hack into the computer systems operated by state agencies that regulate and run the election itself.

Writing about this story at Hot Air, Jazz Shaw seems skeptical if not dismissive:

So does this suddenly “vindicate” all of the Clinton supporters who still think that there’s no way that Trump could have possibly won? Were the reported election results fraudulent? Not even remotely. In fact, the report specifically states that this, “does not mean that sensitive voter data was manipulated or results were changed.” They go on to compare it to burglars circling the neighborhood looking for unlocked windows and doors, but not actually getting into anyone’s home.

While these points are well taken, it’s worth noting that this doesn’t really diminish the seriousness of what happened here. For one thing, most of the people who have been calling for a thorough investigation of the extent of Russian attempts to interfere with the Presidential election and the question of whether or not anyone close to the Trump campaign was in contact with Russian officials have not made the claim that such interference actually changed the outcome of the election. There are perhaps some people who have made that claim, but in my experience, these are typically people who haven’t paid any real attention to the news reports, and who don’t support Donald Trump, and who are still carrying a grudge over the outcome of the election. In reality, we don’t and probably can’t know the actual impact that all the Russians efforts to interfere in the election had on the outcome, but that’s not really the point. The point is that the effort was made at all, that it is apparently consistent with Russian efforts to interfere in elections in other parts of the world such as in various European nations, especially in Eastern European nations that used to be part of the Soviet orbit and, most recently, in France during their Presidential election. The fact that this is becoming a common Russian tactic is the problem, not the question of whether or not that interference has any impact on the outcome of the election.

Additionally, the fact that attempts were made to attack the integrity of the election databases of nearly half the states in the United States is a serious matter that deserves serious attention from Federal and state law enforcement, as well as an investigation by Congress and the appropriate agencies at the state level. Even if it’s true that most or even all of these attempts were unsuccessful, that doesn’t mean that there won’t be future attempts that could be more aggressive and end up being successful. Given that, it’s important for news like this to be shared and for the American people to demand some answers from both Federal and state authorities about what is being done to protect those systems and ensure the integrity of future elections. For example, what if it could be proven that some of these attempts had been successful and that it resulted in data being tampered with that could have an impact on the election? What would be the reaction then? More than likely it would result in chaos, uncertainty, and even more political polarization, which it strikes me as being exactly what the Russians want.

There are legitimate questions that need to be asked here, of course, such as why it’s taken so long for Federal authorities to notify the states of this hacking and for the public to find out about it. Now that we know, though, it’s clear that the matter needs to be thoroughly investigated so that we can do as much as we can to prevent it from happening again and prevent it from being successful the next time. 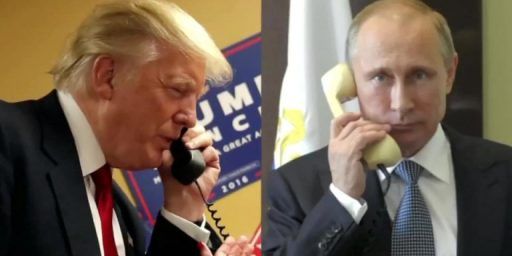