Heymann took the lead in the much-criticized effort to imprison Swartz, who committed suicide in January, and was the attorney who handled the case on a day-to-day basis, reporting to U.S. Attorney Carmen Ortiz. Swartz’ attorney Eliot Peters has filed a complaint with the Department of Justice’s Office of Professional Responsibility, a step that indicates just how egregious the defense team considers Heymann’s professional behavior. A redacted version of the letter was obtained by The Huffington Post.

In the document, Peters argues that Heymann withheld exculpatory evidence. At issue was whether the federal government had properly obtained a warrant to search Swartz’ computer and thumb drive. Peters argued that the government failed by waiting more than a month to obtain the warrant. Heymann countered that he couldn’t get a warrant because he didn’t have access to the equipment. But an email in Heymann’s possession, which was written to Heymann himself, showed that assertion to be untrue.

FILED UNDER: Law and the Courts, HuffPo, Justice Department, suicide 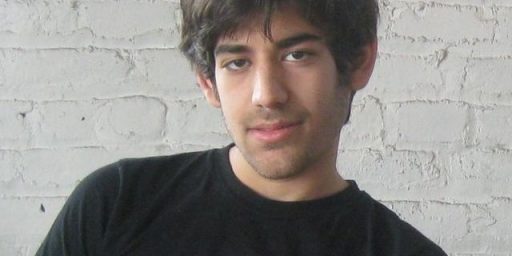