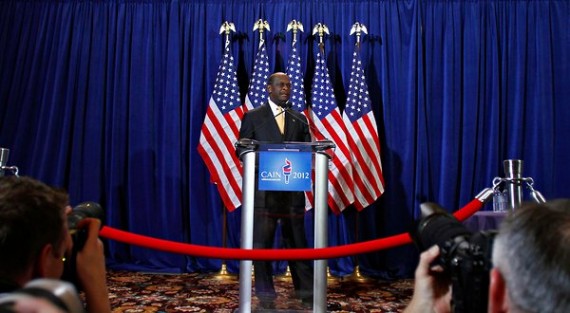 Yesterday, Herman Cain said them all:

1. “Of course I would be willing to do a lie detector test.”

3. “After watching that press conference yesterday, I called [my wife]. I said, ‘Sweetheart, did you see it?’ She said, ‘Yes … I have known you for 46 years … that doesn’t even sound like anything you would ever do to anyone.”

4. “I cannot say that it is a conspiracy. We do not have definitive, factual proof. We can only look at some coincidences to suggest it, that maybe someone is deliberately behind it.”

5. “There will probably be others.”

To that I would add the comment Cain made during the event yesterday when he called Sharon Bialek a “troubled woman.”