"Tanking" to improve draft position has plagued the NBA for years. The solution is obvious. 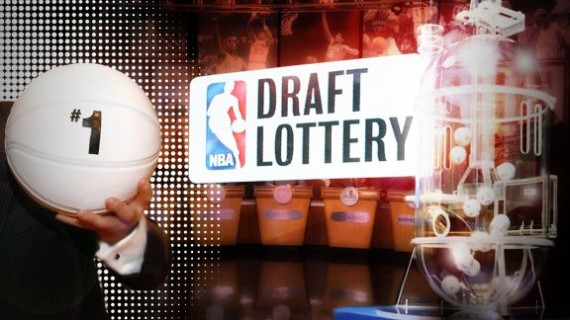 FiveThirtyEight’s Jody Avirgan asks, “Can YOU Fix The NBA Draft?”

The NBA draft could use some fixing. Whether NBA Commissioner Adam Silver admits it or not, teams are tanking in order to land a better chance at a top pick. On the most recent episode of our sports podcast Hot Takedown, we discussed a few proposals to fix the draft structure, from the “wheel” to closing the gap between the worst and second-worst team’s chances. Now, it’s your turn.

When you’re sitting on your couch, daydreaming, what crazy scheme have you come up with to fix the draft structure?

You’re invited to submit your own plan at the link.

First, the draft is inherently immoral. Prospects give up their right to chose for whom to work and the right to negotiate terms of their employment outside very narrow parameters as a prerequisite for the right to work in the cartel. To be sure, it’s collectively bargained between the owners and the players union, but the union pointedly doesn’t include those subject to the draft. Consequentially, they’ve negotiated a deal that artificially lowers the earnings of the best new talent for their initial years in the league, thus shifting more of the wages to those already in the union.

Second, the draft  has the perverse effect of rewarding teams for losing games and dumping valuable assets. The worst current teams, the Philadelphia 76ers and New York Knicks have not only traded away their best older players—which is absolutely rational for teams not close to contending for a championship—but have systematically dumped their best young players in a quest to get to the top of the draft. That’s bad for the league and bad for the fans of those teams. (Oddly, the other contender for the worst team in the league, the Minnesota Timberwolves, have gone in the other direction. They traded away their best player, Kevin Love, rather than lose him in free agency but got a king’s ransom in young talent and draft picks in return.)

Absent a draft, weak teams would have an incentive to work towards improvement in order to draw fans to the arena. They would still play for the future, jettisoning older players and stockpiling prospects, but they would play their best young players and try to get better. The premium would be on player development, rather than winning games per se, but the nature of the sport is that they’d nonetheless win a lot more than 16 or 17 out of 82 games if they weren’t intentionally tanking.

Essentially, you’d have the college system. Teams with a history of winning, good coaches, and a reputation for sound talent management would have a leg up on attracting free agent talent, including kids coming out of school. But the salary cap would continue to limit the ability of the best teams to stockpile talent. And a desire for playing time would give teams weak at a given player’s position an advantage, preserving much of the competitive balance aspect of the draft system. A team with multiple stars probably isn’t going to get the guys who would now be “lottery picks,” for the same reason that they don’t attract “max contract” guys in free agency: the best players want as much playing time and money as possible, and weaker teams are more likely to have those available.