Last November the state voted overwhelming to amend its constitution. The lawmakers they elected at the same time are sabotaging it. 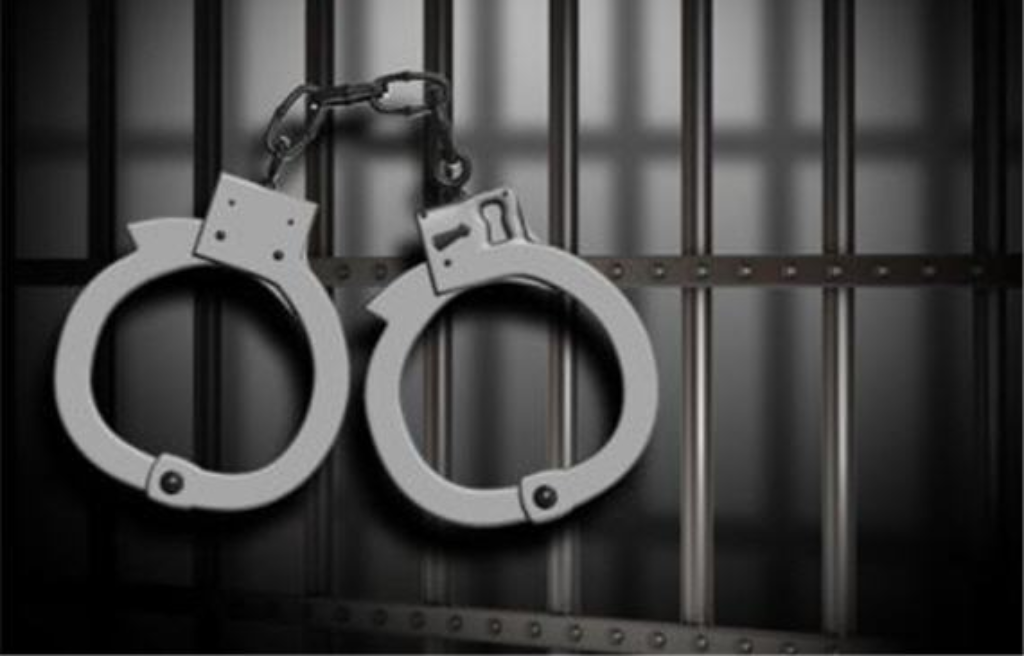 Something insidious is happening in the Sunshine State—but it’s not quite what some are making it out to be.

Mark Joseph Stern explains for Slate (“Florida Republicans Are Sabotaging a Constitutional Amendment That Gave Felons the Right to Vote“):

In November, a supermajority of Florida voters approved a constitutional amendment restoring voting rights to former felons who’ve completed their sentences. On Tuesday, Florida Republicans advanced a bill that will strip hundreds of thousands of these individuals of the franchise once again.

That measure, which GOP lawmakers voted out of committee along party lines, is a direct assault on Amendment 4, which altered the state constitution to reinstate felons’ right to vote. It is an astonishing rejection of Floridians’ overwhelming support for the amendment and a flagrant power-grab designed to suppress potential Democratic votes. And because the Florida Legislature, governorship, and Supreme Court are dominated by Republicans, the bill stands an excellent chance of becoming law, reversing the biggest voting rights victory of the 21st century so far.

Shortly after the 2018 election, it became clear that Republican lawmakers would attempt to undermine Amendment 4. By its own terms, the law is self-executing; it requires no implementation by the Legislature. Floridians who have completed a sentence for a felony conviction should now be permitted to vote, so long as they did not commit homicide or a sex offense. Yet GOP Gov. Ron DeSantis (who opposed the amendment) and his allies in the Legislature quickly asserted that it is not self-executing and requires “implementing language.” That’s not true, but it allowed Republicans to curtail the amendment’s impact under the guise of “implementing” it. Since November, the key question was how brazenly GOP lawmakers would seek to subvert the amendment: Would they tinker around the edges, or gut the law entirely?

It turns out to be more complicated than that. The plain text of the amendment says that “any disqualification from voting arising from a felony conviction shall terminate and voting rights shall be restored upon completion of all terms of sentence including parole or probation.” In Florida, at least, “all terms of sentence” is a matter of some controversy.

We learned the answer on Tuesday, when the House of Representatives’ Criminal Justice Subcommittee passed a bill designed to sabotage Amendment 4. The amendment unambiguously declares that “voting rights shall be restored upon completion of all terms of sentence including parole or probation.” But the new bill adds a new hurdle: Felons may not register to vote until they’ve paid all court costs, fines, and fees associated with their sentences.

Rather obviously, this is indeed an attempt to sabotage the amendment. Moreover, it’s unquestionably part of a larger scheme by Republicans across the country to disenfranchise demographics who disproportionately vote for Democrats. But, on the surface, this provision seems reasonable: people who haven’t paid their fines and court costs haven’t completed the terms of their sentence.

Alas, it’s more complicated than that, too.

To understand why this provision is a poison pill, it’s important to understand the system of “cash-register justice” practiced by Florida and many other states. To finance its criminal justice system, Florida imposes both fines and “user fees” on defendants upon conviction. Individuals may be fined up to $500,000 for their crime, then saddled with a mind-boggling array of administrative fees. Defendants must pay hundreds or thousands of dollars to fund court costs, “crime prevention” programs, and local jails. They must pay a fee to apply for a public defender, to receive medical treatment in prison, to reinstate a suspended driver’s license, and to participate in drug abuse treatment. Those who receive probation must pay “surcharges” to fund their supervision or room-and-board at a halfway house, as well as electronic monitoring and urinalysis.

Florida calls some of these fines “restitution,” but they’re a far cry from the standard definition of that concept. Typically, restitution requires defendants to compensate their victims and constitutes part of their criminal sentence. But Florida stretches restitution to encompass fines paid to the state to subsidize courts, county governments, police departments, and investigators. Meanwhile, the Florida Constitution compels county clerks of the court to finance their offices through “user fees.” These assessments are separate from a defendant’s criminal sentence—they’re a budgetary mandate, a tax on defendants to keep the courts running.

Now, this is obviously outrageous and counterproductive. But it’s just a common practice taken to absurd extremes. In most places I’ve lived, even minor traffic offenses come with an array of court costs and other fees—even for those who simply pay their ticket ahead of time, never making an appearance in court. And, for those who can’t pay, additional fees and penalties add up and licenses get suspended. Still, voting rights are different in that they’re a fundamental freedom.

Here’s where it gets interesting:

Here’s the unspoken but well-documented truth about these fines and fees: Almost no one ever pays them in full. Former felons already struggle to find employment upon completion of their prison terms, and few can afford to tithe a large portion of their salary to the state. According to WLRN, Florida courts levied $1 billion in felony fines between 2013 and 2018; each year, only 19 percent of that money was paid back. The Florida Court Clerks and Comptrollers (FCCC), an association that releases annual summaries of assessments, labeled 83 percent of court fines levied between 2014 and 2018 as having “minimal collections expectations.” That indicates that there is little chance that the money will ever be paid.

Even as the state acknowledges that indigent defendants cannot pay these costs, it continues to assess and track eye-popping fines. In Miami-Dade County, there are more than $278 million in outstanding court fines; that number is $195.8 million in Palm Beach County, which charges interest on court debt. Florida law permits private debt collectors to recover this money from defendants—and secure a commission of 25 to 40 percent of the fine. These collection agencies spend large sums of money lobbying the Legislature to maintain the current system and keep former felons permanently indebted.

If Republicans’ subversion of Amendment 4 becomes law—which seems likely given the GOP’s stranglehold on power—how many felons will suddenly lose their voting rights again? Right now, roughly 1.4 million Floridians should be enfranchised under Amendment 4. Once the GOP bill passes, that number will drop precipitously. If the bill only affected individuals with unpaid fines that the state calls “restitution,” then it would disenfranchise roughly 540,000 people. But the measure goes much farther, encompassing any “financial obligation arising from a felony conviction,” including “user fees.” In 2018, the FCCC reported that the collection rate for fines and fees in circuit criminal courts, where most felony cases take place, was a dismal 20.55 percent. If as many as 79.45 percent of felons still owe these debts, the Republican bill could disenfranchise 1,112,300 people.

Clearly, imposing massive fines that people are unlikely to pay is bad public policy. Authorizing their harrassment by debt collectors adds insult to injury. Surely, it’s in the state’s interest for these people to get back to being productive members of society?

Still, the fact remains that these fines are not only on the books but routinely imposed. Is it reasonable to consider their payment part of “completion of all terms of sentence”? Probably.

And this would seem to refute the notion that Amendment 4 was “self-executing.” Somebody has to certify the ”completion of all terms of sentence.” The legislature is simply defining what that entails.

Florida Democrats have condemned the GOP measure as an unconstitutional poll tax, which is descriptively accurate. But there’s little hope that the federal courts will strike it down, since the U.S. Supreme Court has tolerated other measures that impose heavy burdens and costs on voters. The most straightforward challenge would arise under Amendment 4 itself, since lawmakers are violating its plain text by denying voting rights to felons who’ve completed their sentence. But Desantis appointed three justices to the Florida Supreme Court during his first weeks in office, creating a 6-1 conservative majority that is probably unwilling to enforce the new amendment vigorously. Former felons are boxed in by a governor, Legislature, and judiciary that all appear hostile to their constitutional rights.

I agree that this is effectively a poll tax. But the courts have ruled time and again that disenfranchising convicted felons passes Constitutional muster. And several other states have long had provisions similar to the one working its way through Florida’s legislature and the courts have declined to declare the practice in violation of the 24th Amendment.

The dirty secret is that felony disenfranchisement has always been aimed at minority voters. The “Background” section for the Wikipedia entry on Amendment 4:

After the abolition of slavery in the United States, Florida enacted Black Codes, which restricted freedoms for African Americans and led to mass incarceration. The 1868 Florida Constitution enacted felony disenfranchisement, a ban on voting for felons even after completing parole and probation, disproportionately impacting African Americans. Though other Jim Crow laws, such as education requirements, were repealed in successive constitutions, felon disenfranchisement continued.[6]

In 2016, 6.1 million adults in the United States could not vote due to felony disenfranchisement laws.[7] In 2018, Florida was one of four U.S. states that enacted permanent felony disenfranchisement, affecting 1.7 million felons.[6] Felons must wait five to seven years after the completion of their sentence before they can apply to have their voting rights restored by the State Board of Executive Clemency, which is composed of the Governor of Florida and the Florida Cabinet, and meets four times per year at the Florida State Capitol in Tallahassee, Florida.[8] Florida’s disenfranchised felons constituted 10% of the adult population, and 21.5% of the adult African American population.[9]

As Governor of Florida, Charlie Crist reformed the process for the reinstatement of voting rights in 2007, allowing non-violent offenders to have their voting rights automatically restored.[10] Over 155,000 applications for voting right restoration were approved during Crist’s four-year term.[8] Shortly after succeeding Crist as governor, Rick Scott, with the advice of Florida Attorney General Pam Bondi, ended the automatic restoration for felons convicted of non-violent crimes in the state and instituted a mandatory five-year wait period before felons could apply to the State Board of Executive Clemency for restoration of voting rights.[10][11][12] During the first seven years of Rick Scott’s tenure, 3,000 applications were approved.[8]

Seven former felons filed a lawsuit against the state of Florida in the United States District Court for the Northern District of Florida in March 2017. The plaintiffs in the case, Hand v. Scott, alleged the process is unconstitutional due to its arbitrary nature.[13][14] In April 2018, U.S. District Judge Mark E. Walker ruled that Florida’s process for seeking restoration of voting rights in Florida was unconstitutional because it relied too much on personal appeal to Governor Scott.[15] The state appealed to the United States Court of Appeals for the Eleventh Circuit,[16] which stayed Walker’s ruling pending appeal.[17] An analysis conducted by The Palm Beach Post demonstrated that Scott discriminated against African Americans in re-enfranchisement hearings and favored Republicans.

It’s a shameful manipulation of the system and not just limited to Florida. And they’ll almost certainly get away with it.

FILED UNDER: Law and the Courts, Politics 101, U.S. Constitution