The recent call by many on the right for Mitt Romney to select Paul Ryan as his running mate is puzzling. 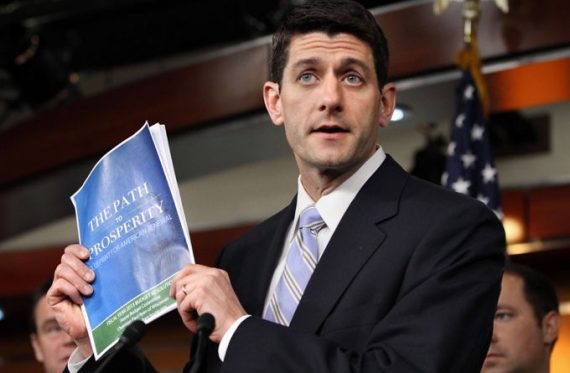 With possibly only days left before Mitt Romney announces who is running mate will be, The Wall Street Journal joins the chorus of conservatives that has developed of later calling on Romney to select Wisconsin Congressman Paul Ryan:

The whispering over Mitt Romney’s choice of a running mate is getting louder, and along with it we are being treated to the sotto voce angst of the GOP establishment: Whatever else Mitt does, he wouldn’t dare pick Wisconsin Congressman Paul Ryan, would he?

Too risky, goes the Beltway chorus. His selection would make Medicare and the House budget the issue, not the economy. The 42-year-old is too young, too wonky, too, you know, serious. Beneath it all you can hear the murmurs of the ultimate Washington insult—that Mr. Ryan is too dangerous because he thinks politics is about things that matter. That dude really believes in something, and we certainly can’t have that.

All of which highly recommend him for the job.

The case for Mr. Ryan is that he best exemplifies the nature and stakes of this election. More than any other politician, the House Budget Chairman has defined those stakes well as a generational choice about the role of government and whether America will once again become a growth economy or sink into interest-group dominated decline.

Against the advice of every Beltway bedwetter, he has put entitlement reform at the center of the public agenda—before it becomes a crisis that requires savage cuts. And he has done so as part of a larger vision that stresses tax reform for faster growth, spending restraint to prevent a Greek-like budget fate, and a Jack Kemp-like belief in opportunity for all. He represents the GOP’s new generation of reformers that includes such Governors as Louisiana’s Bobby Jindal and New Jersey’s Chris Christie.

As important, Mr. Ryan can make his case in a reasonable and unthreatening way. He doesn’t get mad, or at least he doesn’t show it. Like Reagan, he has a basic cheerfulness and Midwestern equanimity.

As for Medicare, the Democrats would make Mr. Ryan’s budget a target, but then they are already doing it anyway. Mr. Romney has already endorsed a modified version of Mr. Ryan’s premium-support Medicare reform, and who better to defend it than the author himself?

The Journal goes on to say that picking Ryan, rather than what are considered the safe conventional picks like Rob Portman or Tim Pawlenty would allow Romney to make this election about the “big issues” that the American public supposedly craves:

To win, Mr. Romney and the Republicans have to rise above those smaller issues and cast the choice as one about the overall direction and future of the country. Americans tell pollsters they are anxious and unhappy precisely because they instinctively know the country is troubled in ways it hasn’t been since the 1970s. They know the economy is growing too slowly to raise middle-class incomes, while the government is growing too fast to be affordable.

Above all, Americans are hungry for leadership. They want leaders willing to take on the hard issues, preferably without the rancor and polarization that have defined Mr. Obama’s Presidency. But they will reward leaders who succeed despite the rancor, as Wisconsin voters showed by their huge turnout in support of Governor Scott Walker this year.

Is that really the case? I’m not so sure. The polls all say that the number one issues on voters minds are the economy and jobs, not some vague idea of “leadership.” Yes, a candidate who comes forward with a bold plan may project leadership and a sense that they can get the job done, but that can turn out to be a double edged sword if it turns out the public doesn’t like what you’re proposing. That’s the problem that the Ryan Budget faces. Poll after poll has shown that the public is not in favor of entitlement cuts in general, for example. As for the Ryan plan itself, almost as soon as the plan was introduced last year, Republicans have faced hostility regarding it from voters back home. Shortly thereafter, the polling started coming in and it was not good news for Ryan’s plan at all, with a majority saying they oppose the plan, and that they believed it would make them worse off.

Because of all this, Ezra Klein wonders why conservatives seem so eager to see Ryan on the ticket:

If Ryan is named to the ticket and the ticket loses, the loss will discredit the Ryan budget, and empower those in the Republican Party who want to pivot back to the center. Whereas conservatives have some chance of winning the intraparty argument if Romney/Portman loses — “we shouldn’t have nominated the insincere moderate,” they’ll say — they have little chance of arguing that the Republican Party simply didn’t run hard enough on the Ryan budget if Romney/Ryan loses.

Nor is Ryan suffering from a dearth of influence right now. He’s proving perfectly able to set the agenda of the Republican Party — and of most every Republican presidential contender, including Romney — from his perch as Chairman of the House Budget Committee. Perhaps he would be slightly more effective at leading the Republican Party and setting the terms of the national debate as president. But he’d be certainly be vastly less effective at all that as vice president.

As vice president, he would be a soldier in the Romney White House — which most everyone expects to be cautious, pragmatic, and dominated by establishment figures. In the Romney White House, CEO Mitt Romney will set the strategy, and there’s little evidence that his instincts match Ryan’s preference for detailed, sweeping plans. So conservatives would have taken Ryan out of the House, where he’s proven himself able to drive the Republican Party’s agenda and force presidential candidates to sign onto his vision, and jammed him into a subordinate role in the executive branch, where he’d be duty-bound to fall in line behind President Romney’s agenda.

There’s no question that, if Romney chooses Ryan, Democrats will make the Ryan Plan one of the central planks of the campaign against the ticket. Given the poll numbers noted above, there’s no question it could be damaging to the GOP in swing states. The Journal is correct that the Obama campaign is likely to hit on the Ryan plan regardless of who the nominee is, but the if Ryan is on the ticket those attacks are going to become even more intensified. As for the argument that there’s no one better to defend the Ryan Plan then Ryan, there’s no reason he cannot do that as a campaign surrogate which he will clearly be throughout the campaign.

The real question is what Ryan adds to the ticket that, from the point of view of conservatives, would be better than having him as Chairman of the House Budget Committee and headlining Republican budget efforts on Capitol Hill. As Klein says, as Vice-President Ryan would be in a relatively powerless, largely ceremonial position and someone potentially less effective would be in his Chairman’s position. He’s have to toe the Romney Administration line, and the House GOP would lose his voice on Capitol Hill during what is likely to be very contentious budget negotiations beginning almost as soon as Congress returns in January.  What’s the point of that, conservatives?

More importantly, one has to wonder why Ryan would want to take the position at this point in his political career. It would be a tremendous honor, no doubt, and the possibility exists that if the ticket wins he would automatically become the frontrunner for the Republican nomination in 2020, but would he really want to sit around for eight years towing the Romney line and going to funerals? And what if the ticket loses? In that event, Ryan would still be able to go back to Congress in 2013 because Wisconsin law allows him to be on the ballot for both VPOTUS and his Congressional seat if it were necessary. However, his political power would be substantially reduced. If the perception is created that a Romney/Ryan ticket lost because of the Ryan Plan, then you’re likely to see Republicans backing away from it for the sake of their own careers. More importantly for Ryan, though, being on the bottom half of a losing ticket would essentially mean that his political career will be limited to Congress. In all of American history, only one losing Vice-Presidential nominee has ever been subsequently election President. That man was Franklin Roosevelt, who was the 1920 Democratic nominee for Vice-President when James Cox lost to Warren Harding, and then became the Democratic nominee for POTUS in 1932 under what were rather unique historical circumstances. Many people have stayed in Congress after losing a Presidential race (John McCain, John Kerry, Joe Liberman, and Ted Kennedy come to mind), but none of them have gone any further in their political careers after that. Why would Ryan want to take that risk at the young age of 42?

It’s also unclear why Romney would want to take the Journal’s advice here. In addition to the political risks noted above, there really doesn’t seem to be anything that Romney adds to the ticket that any of the other potential candidates wouldn’t also add. Political experience? Portman, Pawlenty, Jindal, and the others all have that. What Ryan doesn’t have, though, is executive experience, which the others have. Additionally as Chris Cillizza and David Graham point out, Ryan has never campaigned outside his Congressional District and he’s known more for being a policy guy than a political guy. Finally, Ryan doesn’t strick me as having that “pitbull” attitude that campaigns often like the Vice-Presidential candidate to display on the campaign trial.

We’re likely only days away from Romney’s announcement. The conventional wisdom is that it will come sometime after the Olympics end, and that period beginning this coming Monday. Perhaps Romney will pick Ryan after all and we’ll see if these observations pan out. In the end, though, I think it’s going to come down to Rob Portman, Tim Pawlenty, and Bobby Jindal. The smart money seems to be on Portman still, but there has been a lot of chatter about T-Paw lately as well. If Romney wants a “safe” pick he’ll go with one of those and, as Matt Lewis says today, if he wants an exciting pick that’s also relatively safe, he’ll may as well go with Jindal. I don’t see Ryan in the mix, and I don’t understand why conservatives are so eager to see him on the ticket. 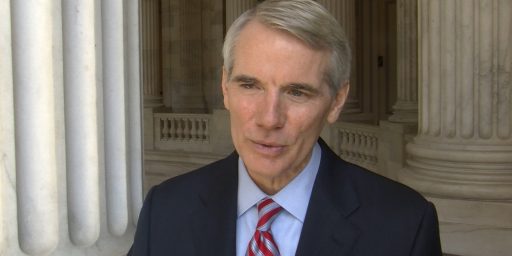