This photograph of U.S. Secretary of State John Kerry and Russian Foreign Minister Sergei Lavrov before their meeting in London over the Ukraine situation seems to speak volumes: 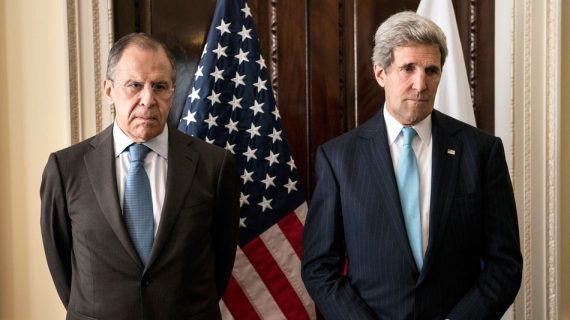 I doubt we’ll be hearing much good news on the Ukraine front today.

In the meantime, feel free to add a caption in the comments.