British courts are handing out swift and harsh sentences for people involved in last week's riots, including four-year prison sentences for two 20-somethings for Facebook postings in support of the mayhem. 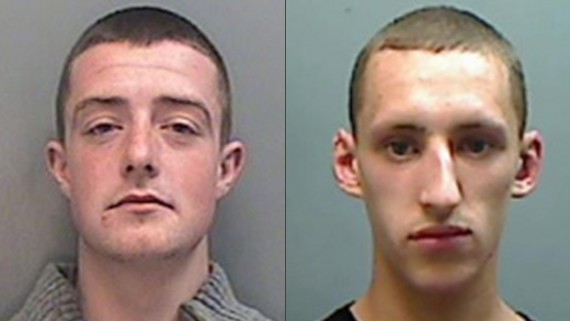 British courts are handing out swift and harsh sentences for people involved in last week’s riots. The most sensational cases involve two 20-somethings who got four years prison for Facebook postings in support of the mayhem.

About 1,400 people have already been charged with riot-related offenses after the chaos which gripped Britain last week. More than 1,200 have appeared in court — often in chaotic, round-the clock-sessions dispensing justice that is swifter, and harsher, than usual.

Although public opinion currently favors stern punishment for anyone involved in the riots and looting, a few cases have made headlines and sparked debate.

Late Tuesday, two men in northwestern England were handed stiff jail terms for inciting disorder through social networking sites. Cheshire Police said Jordan Blackshaw, 20, and Perry Sutcliffe-Keenan, 22, both received 4-year sentences for using Facebook to “organize and orchestrate” disorder. Blackshaw used the social networking site to create an event — with a date, time and location — for “massive Northwich lootin.”‘ Sutcliffe created a page on Facebook called “Warrington Riots” which listed a time and date for anyone who wished to be involved in a riot.

Some of the harsher sentences are expected to be appealed, and legal and human rights activists in Britain have expressed concern that the punishments may be reactionary and serve only to clog up the court system with appeals for years to come.

“The public disturbances are seen as an aggravating factor and that is fair enough,” Andrew Neilson from the Howard League for Penal Reform told CBS News partner network Sky News. “But there seems to be a complete lack of proportionality to some of the sentences…These make a mockery of proportionality, which is a key principle of the justice system.”

The maximum sentence for a conviction of inciting disorder in the U.K. is 10 years, however, and a representative of Britain’s Crown Prosecution Service said the two young mens’ Facebook posts, “caused significant panic and revulsion in local communities as rumors of anticipated violence spread.”

In the United States, it would take weeks, if not months, for any of these cases to come to trial. The Brits have the right idea in actually delivering a speedy trial, rather than just paying lip service to it in a written Constitution. But 1400 trials in the span of a week on something this emotionally charged seems to be overdoing it a mite.

More importantly, while I am not a lawyer, I doubt Facebook postings such as those by Blackshaw and Sutcliffe-Keenan here would rise to the level of direct incitement. They appear to be mere yahoos with no established following or history of persuading people to criminal violence. As such, their actions would be protected speech under the First Amendment.

Even if this somehow crossed the threshold from boneheaded speech to malicious action, I’m inclined to agree with Neilson’s assessment that four years prison is grossly disproportionate to the crime. These fellows appear to be nothing more than meatheads with poor judgment. Unless they personally committed mayhem or were genuine ringleaders in the violence that rocked the UK, extensive prison time does not seem reasonable.