Fred Who For President? 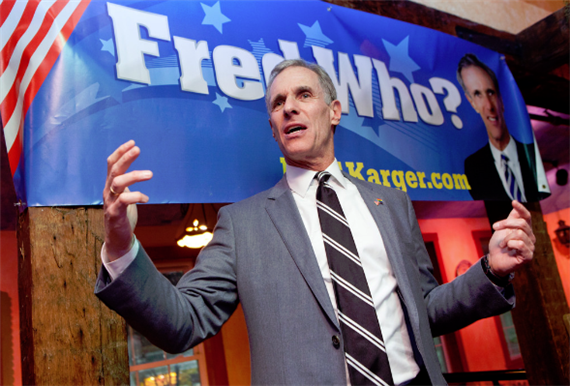 Yet another Republican I’ve never heard of is thinking of running for president and inexplicably getting major media coverage.

He is doing this as an openly gay Republican who’s never held elective office, using money he amassed as a conservative consultant who helped torpedo Michael Dukakis with the Willie Horton ads in 1988 and worked for the tobacco industry to stave off smoking bans in California in the ’90s.

He wants his country to see that. He wants young gay people to see him run for president. He’d be the first-ever openly gay presidential candidate for a major party if he formally declares. He can see himself as the moderate voice in a debate crowded with hard-liners.

He has visited New Hampshire more than any other presidential prospector in this young election cycle. This skiddy late-night ride from a gathering in Keene to his Concord hotel is part of his 11th trip to the state in the past year. He’s slingshotting around, hosting tiny town halls, collecting volunteers one by one and arranging coffee dates with policy experts, academics and state politicians.

This is not a stunt, Fred insists.

An openly gay man who’s never held elective office and whose name I’ve first heard  less than a year before the New Hampshire primary has ZERO chance of winning the Republican presidential nomination.  I repeat: Zero.  So this is either a stunt or he’s delusional. 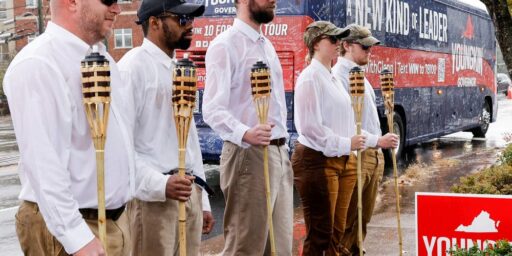