From The Department Of Really Bad Valentine’s Day Gift Ideas

Guys, I’m no expert on these things but I’m pretty sure this won’t go over well: 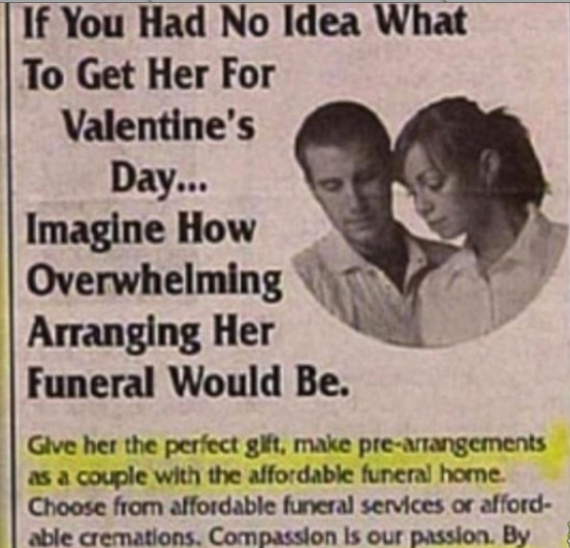