From the Department of Wishful Thinking

He said two changes — the facts that “the American people will have voted,” and that Republicans will no longer need to be focused on beating him — could lead to better conditions for deal-making.

If Republicans are willing, Obama said, “I’m prepared to make a whole range of compromises” that could even rankle his own party. But he did not get specific.

2.  If he has some secret compromise plans, deploying them during the term he had in hand might have been a good idea.

3.  There is absolutely no reason to assume that there will be any change to the partisan dynamic within the legislative process in a second term.

Back to Court Expansion 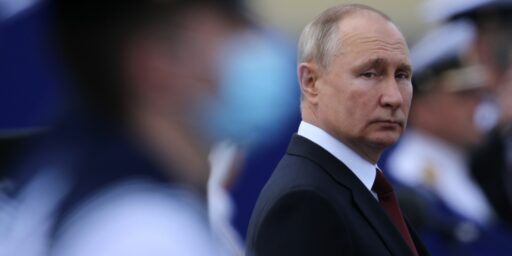