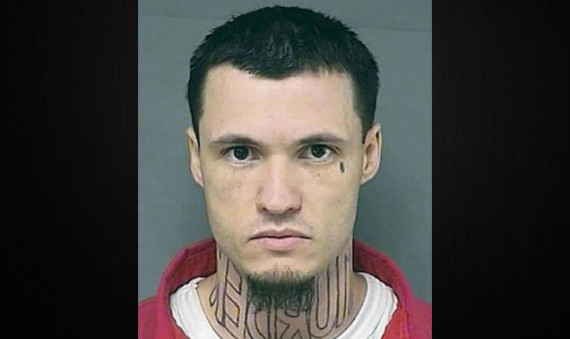 A Kansas man on trial for murder has an interesting tattoo:

A Kansas man facing first-degree murder charges is trying to convince the government to let him do something about his giant “MURDER” neck tattoo before the trial begins.

The first-degree murder case against Jeffrey Chapman is scheduled to begin next week. Prosecutors say Chapman killed a man in 2011, leaving the body behind in a roadside ditch for hunters to discover.

According to the AP, Chapman’s defense attorney is now seeking to have the state bring in a tattoo artist to obscure or remove the giant mirror-image “MURDER” tag. Prosecutors say no, pointing to the fact that Kansas tattoo artists can only work in licensed facilities, a list that does not include jail cells.

Some unsolicited legal advice. First, don’t have “Murder” tattooed on your neck, or any other part of your body. Second, don’t murder people.

FILED UNDER: Crime, Law and the Courts, Kansas

Rick Pitino Follows Through, Gets Tattoo