The country music superstar acknowledged in a statement Friday the birth of his first grandchild, Karalynn, who was born to his daughter August earlier this week.

The 51-year-old “Friends in Low Places” singer says he’d like to thank everyone “for their warm wishes and sweet celebration of Baby K’s arrival.”

Country music’s best-selling performer has been in semi-retirement as he raises his daughters in Oklahoma. He’ll have another girl around the house now. August was the second to graduate from high school and Brooks says he’s considering a full-time return to recording and performing when his youngest, Allie, graduates from high school next year.

“Our children’s lives have always been extremely private and they have been endlessly encouraged to be their own people,” he said in the statement. “We have always wanted them to be individuals and not be known as ‘someone’s daughters.

“I have been amazed and grateful how the press has always respected this. I now ask that respect to please continue as this young family begins the greatest days of their lives.”

As if I needed more evidence that I’m getting old.

I remember when Brooks’ first single—amusingly, “Much Too Young to Feel This Damn Old”—hit back in 1989. I was riding in an Army HMMVW in Grafenwoehr, West Germany and my driver/recon sergeant, Billy Wiersema, had gone to Brooks’ high school, separated by a couple of classes. And, since he soon become a superstar, I remember when his three girls were born.

Now, two of the girls have graduated high school and the middle one has had a baby of her own. Oh, my.

Then again, while I’m a (very) few years younger than Brooks, several of my high school classmates already have grandchildren. Meanwhile, my girls are 4-1/2 and 2.

Oh, and if you want to feel really old, this is what he looks like now: 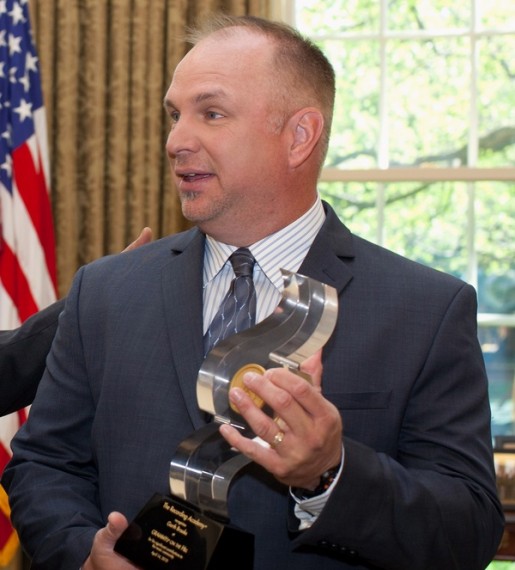 Take it away, Garth: