Former Defense Secretary Robert Gates is bemused that the generals who worked for him lived more lavish lifestyles than he did. 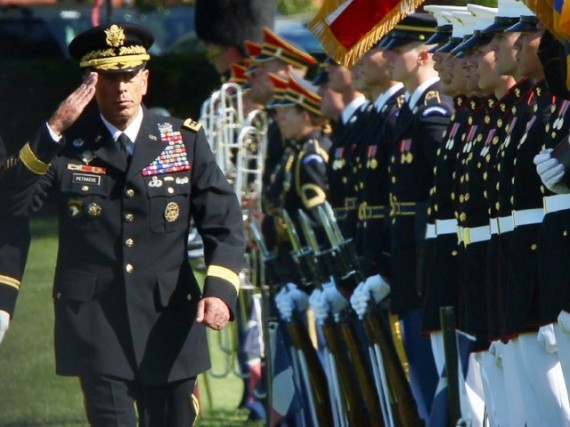 Former Defense Secretary Robert Gates is bemused that the generals who worked for him lived more lavish lifestyles than he did.

Then-defense secretary Robert M. Gates stopped bagging his leaves when he moved into a small Washington military enclave in 2007. His next-door neighbor was Mike Mullen, the chairman of the Joint Chiefs of Staff at the time, who had a chef, a personal valet and — not lost on Gates — troops to tend his property.

Gates may have been the civilian leader of the world’s largest military, but his position did not come with household staff. So, he often joked, he disposed of his leaves by blowing them onto the chairman’s lawn.

“I was often jealous because he had four enlisted people helping him all the time,” Gates said in response to a question after a speech Thursday. He wryly complained to his wife that “Mullen’s got guys over there who are fixing meals for him, and I’m shoving something into the microwave. And I’m his boss.”

The commanders who lead the nation’s military services and those who oversee troops around the world enjoy an array of perquisites befitting a billionaire, including executive jets, palatial homes, drivers, security guards and aides to carry their bags, press their uniforms and track their schedules in 10-minute increments. Their food is prepared by gourmet chefs. If they want music with their dinner parties, their staff can summon a string quartet or a choir.

The elite regional commanders who preside over large swaths of the planet don’t have to settle for Gulfstream V jets. They each have a C-40, the military equivalent of a Boeing 737, some of which are configured with beds.

Although American generals have long enjoyed many perks — in World War II and in Vietnam, some dined on china set atop linen tablecloths — the amenities afforded to today’s military leaders are more lavish than anyone else in government enjoys, save for the president.

Some retired generals have defended the benefits accorded to their active-duty brethren, noting that many of them work 18-hour days, six to seven days a week. They manage budgets that dwarf those of large multinational companies and are responsible for the lives of thousands of young men and women under their command.

Compared with today’s plutocrats, their pay is modest. In 2013, the base salary for a four-star general with at least 38 years of service will be almost $235,000, although federal personnel regulations limit their take-home pay to $179,700. Unlike top civilians in government, top generals also receive free housing and subsidies for food and uniforms. And when they retire, those who have served at least 40 years get an annual pension that is slightly more than active-duty base pay — this year it is $236,650.

Several generals noted that perks, such as planes, cars and staff aides, are constrained by hundreds of pages of rules designed to ensure that they are used only for government business.

But the frantic search for cuts to reduce the growth of government debt could soon put some of the four-star benefits at risk. When he was at the Pentagon, Gates wanted to trim some of the perks but ran into resistance. It was, he said, the “third rail” of the Defense Department.

“You don’t need a cadre of people at your beck and call in an age of austerity, unless you are a field commander in Iraq or Afghanistan,” a former top aide to Gates said on the condition of anonymity.

This story is almost a month old but I just stumbled on it. The Petraeus scandal and the abuse of these perks by Kip Ward, former head honcho at Africa Command, will likely make it easier to cut some of the excesses.

It’s true that general work long hours and that entertaining dignitaries is often part of the job. But, even though they don’t make what they’ll later earn on the outside, they make enough money to pay somebody to mow their lawn and send their uniforms out to the dry cleaners.