Politicians and others in Germany are upset about the revelations of NSA spying, and it’s likely to come up when President Obama heads there later this month:

As President Barack Obama prepares to visit Germany next week, German officials are turning up the heat on the U.S. over its Internet surveillance, according to reports, with one official calling the program “Stasi methods.”

German Chancellor Angela Merkel will raise the issue with Obama when he visits on Wednesday, her spokesman told Reuters.

One official, Markus Ferber, a German who sits in the European Parliament, said the U.S. government was using “American-style Stasi methods,” Reuters reported.

“I thought this era had ended when the [German Democratic Republic] fell,” he said, according to the report.

German Justice Minister Sabine Leutheusser-Schnarrenberger called reports of the surveillance “deeply disconcerting” in an op-ed in the German news magazine Der Spiegel, saying the U.S. should explain given the importance of the global Internet.

The NSA story is also becoming an issue in the United Kingdom, where there are reports that UK intelligence is using the NSA data to circumvent British law:

The UK’s electronic eavesdropping and security agency, GCHQ, has been secretly gathering intelligence from the world’s biggest internetcompanies through a covertly run operation set up by America’s top spy agency, documents obtained by the Guardian reveal.

The documents show that GCHQ, based in Cheltenham, has had access to the system since at least June 2010, and generated 197 intelligence reports from it last year.

The US-run programme, called Prism, would appear to allow GCHQ to circumvent the formal legal process required to seek personal material such as emails, photos and videos from an internet company based outside the UK.

The use of Prism raises ethical and legal issues about such direct access to potentially millions of internet users, as well as questions about which British ministers knew of the programme.

In a statement to the Guardian, GCHQ, insisted it “takes its obligations under the law very seriously”.

The details of GCHQ’s use of Prism are set out in documents prepared for senior analysts working at America’s National Security Agency, the biggest eavesdropping organisation in the world.

The NSA describes Prism as “one of the most valuable, unique and productive accesses” of intelligence, and boasts the service has been made available to spy organisations from other countries, including GCHQ.

The documents underline that “special programmes for GCHQ exist for focused Prism processing”, suggesting the agency has been able to receive material from a bespoke part of the programme to suit British interests.

Unless GCHQ has stopped using Prism, the agency has accessed information from the programme for at least three years. It is not mentioned in the latest report from the Interception of Communications Commissioner Office, which scrutinises the way the UK’s three security agencies use the laws covering the interception and retention of data.

Asked to comment on its use of Prism, GCHQ said it “takes its obligations under the law very seriously. Our work is carried out in accordance with a strict legal and policy framework which ensures that our activities are authorised, necessary and proportionate, and that there is rigorous oversight, including from the secretary of state, the interception and intelligence services commissioners and the intelligence and security committee”.

The agency refused to be drawn on how long it had been using Prism, how many intelligence reports it had gleaned from it, or which ministers knew it was being used.

A GCHQ spokesperson added: “We do not comment on intelligence matters.”

These allegations were the subject of most of the questions put to British Foreign Secretary William Hague by Members of the House of Commons yesterday. In the end, it may turn out that Prism and other NSA programs may end up having as many international headaches for the Obama White House as it will domestic ones. Long time allies or not, it would appear that most nations do not appreciate the idea that their citizens are being spied upon without their knowledge. 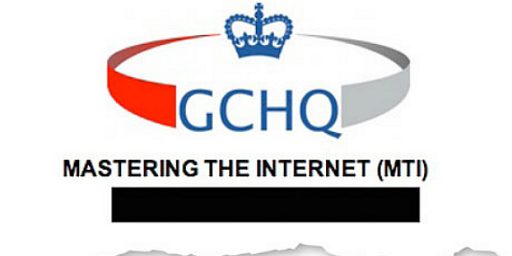