As host to 170,000 American soldiers and dependents, Germany has a lot to lose under Pentagon plans to shift forces out of western Europe, and officials in areas facing a pinch are lobbying heavily for them to stay.

Economic survival for their communities, more than security, is the concern for these supporters of a continued U.S. presence in their regions, where ties are deeply rooted despite Germans’ current criticism of U.S. policy in Iraq.

Many of the communities depend on business and jobs generated by the bases, located mainly in economically weak regions of southern and western Germany.

Even though critical sites in Rhineland-Palatinate such as Ramstein Air Force Base and the Landstuhl medical center appear likely to stay, Bruch figures his state should do even more, since entire regions depend heavily on the $1.4 billion and 27,000 local jobs the U.S. military generates.

With German-U.S. working groups, Bruch toured all the American bases in the state to learn what they need and what would make them attractive to the restructured U.S. military.

A key issue was decrepit housing that didn’t meet the latest U.S. security needs, so Bruch has raised about $130 million in private money for renovation and construction of new housing for the Americans.

Interesting. Recent squabbling aside, Germany has by and large been a good host for American bases. Their desire to keep them is, understandably, mixed. During the boom times of the 1990s, there was a strong push to get Americans out of bases located on prime real estates; now that times are a little leaner, the bases look pretty good. The same is true, incidentally, in American communities that surround some of our smaller bases. Pork barrel politics is a remarkable constant wherever one looks.

It makes sense to close down most of the smaller kasernes in Germany which, as with the smaller bases stateside, are simply inefficient. We’ll still have a significant presence in Germany, which also makes sense, given its location, our existing infrastructure, and a long working relationship. It’s also time for the German taxpayers to pay a larger chunk of the cost of stationing our forces there. They can certainly afford it and the benefit is mutual. 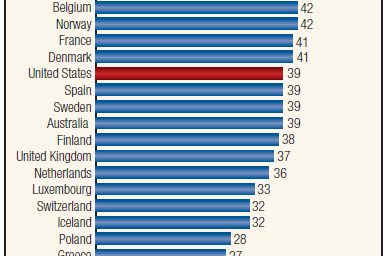