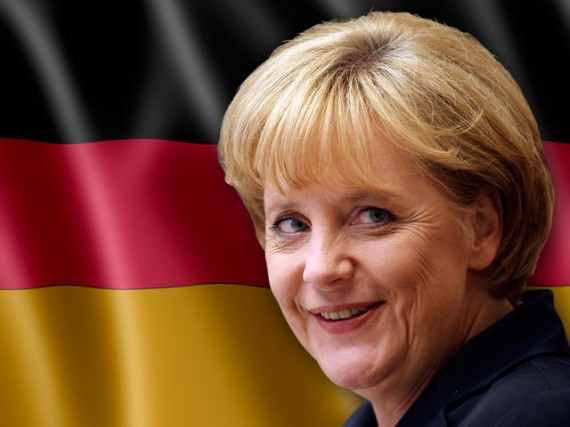 It would appear that the Chancellor of  Germany is the primary voice of reason in Europe when it comes to intervening in the Libyan Civil War:

Germany has again blocked Anglo-French plans for the imposition of a no-fly zone over Libya.

Reports from talks held by G8 ministers in Paris said German objections, backed by Russia, meant the communique from the meeting would make no mention of a no-fly zone.

Speaking during the meeting, Germany’s foreign minister, Guido Westerwelle, said his country remained “very sceptical” about the prospect of a no-fly zone.

He recommended instead more “political pressure” against the Libyan leader, Muammar Gaddafi. He said Germany did not want “to get sucked into a war in north Africa”.

“We need to send a clear signal … Gaddafi must stop his civil war against his own people, he must be held responsible for his crimes. The security council must take action.” But Westerwelle also made clear Germany would not support military intervention.

His comments echoed the German chancellor, Angela Merkel, who told an EU summit last week that the no-fly zone idea was potentially dangerous. “What is our plan if we create a no-fly zone and it doesn’t work? Do we send in ground troops?” she said. “We have to think this through. Why should we intervene in Libya when we don’t intervene elsewhere?”

I’m glad someone in a position of power is asking these questions, because, so far, I haven’t seen any advocate of intervention give a reasonable answer to any of them.

On an unrelated note, the idea of no-fly zone has now been rejected by the EU and NATO. It will never receive United Nations  approval. At this point, it’s very unlikely that it will ever happen, and that’s the right decision.