Give Jihad A Chance (Video)

A ballad by Michelle Malkin and the folks at Hot Air:

UPDATE (James Joyner): For some reason, I’m put in mind of this exchange from “Top Gun”:

Charlie: Are you a good pilot?
Maverick: I can hold my own.
Charlie: Great, then I won’t have to worry about you making your living as a singer. 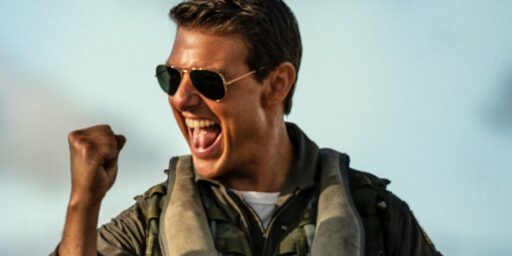