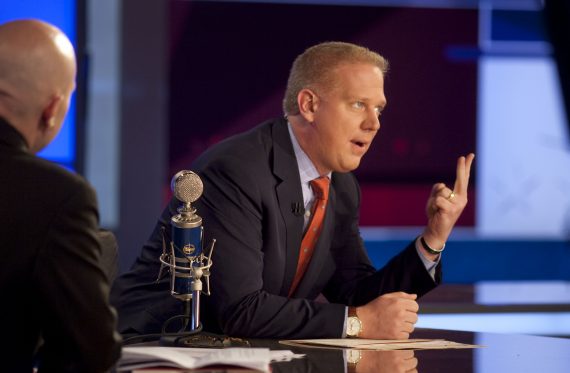 Fox News has remade itself just a little, and now it’s riding high again in the ratings, and MSNBC is growing, too — but CNN is struggling in primetime. Glenn Beck has taken over afternoons, and Shepard Smith has the only straight-news show on cable at 7 p.m. In this photo, at the Fox News Studios in NYC, Glenn Beck, right, makes a point during an interview with National Review managing editor Kevin Williamson, left. (Ed Hille / Staff Photographer) April 21, 2009 dm1fox23