Washington State has a problem with people stealing "Mile 420" signs, so they've come up with a solution. 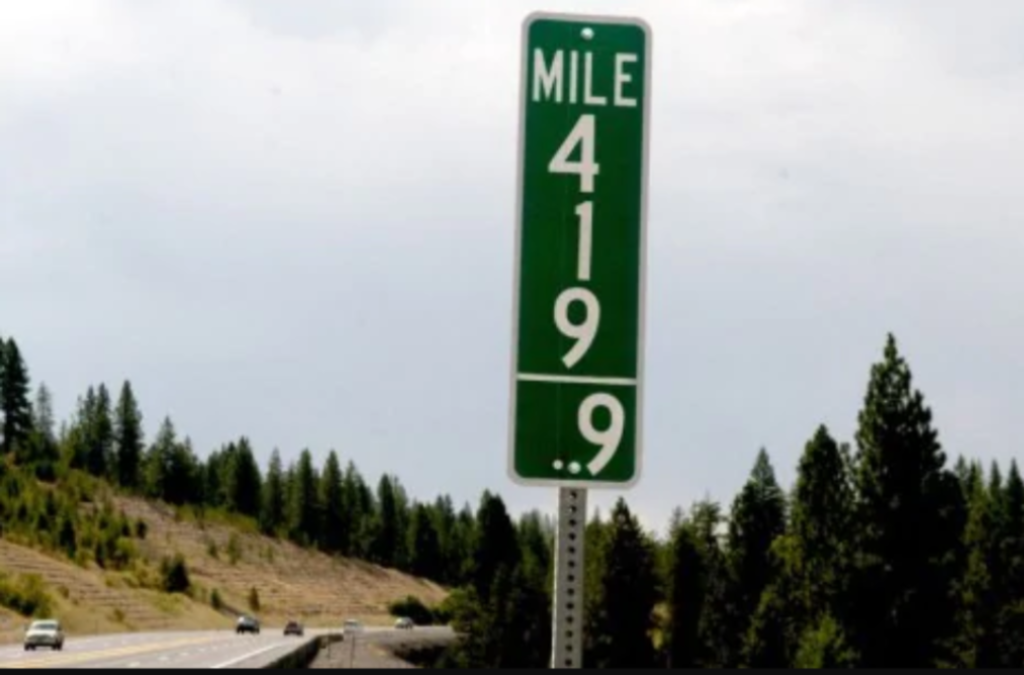 Washington State thinks it has a solution to the problem of people stealing a certain mile marker sign:

The Washington State Department of Transportation has a problem that just won’t go away.

For years, people have persistently stolen those green and white mile markers posted along the highway. The most popular signs to pilfer are Mile 420, a popular number among marijuana enthusiasts, and Mile, ahem, 69. (If you don’t know that one by now, we can’t help you.)

“They will typically go and take those more than anything,” said Trevor McCain, who specializes in driver information signs at the Transportation Department. “They have special meanings to some people.”

So the sign aficionados in Washington had to get creative. In hot spots for sign theft, they’ve simply moved the highway marker back one-tenth of a mile and tweaked the sign to say Mile 419.9. Or Mile 68.9.

The solution has not always been effective. In 2009, the state added a Kelly green sign reading Mile 68.9 to Route 231 in eastern Washington, said Ryan Overton, a spokesman with the Transportation Department. Two years later, someone stole it. Three years after that, its replacement disappeared.

And in another two years, drivers were yet again deprived of knowing the midpoint between Miles 68 and 70.

Transportation Department employees also have the burden of explaining to people that this pattern of sign theft is not at all a laughing matter.

The mile markers are meant to help ambulances and the police locate vehicles in the event of an emergency like a car crash, Mr. Overton said. And in rural areas, they can be crucial in giving drivers a geographical point of reference.

“These are a big safety issue, and that’s why we ask people not to take them,” he said.

The Transportation Department has also tried to impress upon people that the financial burden of replacing these signs ultimately falls on taxpayers.

This isn’t the first solution that the Transportation Department has tried. Mr. Overton said that a department employee recalled a story from about 15 years ago in which they installed a Mile 69 marker using a steel post in concrete. It wasn’t long before someone used a car to yank the sign off the ground.

Another attempt involved replacing the problem markers with blank signs, Mr. McCain said. John Bryant, a spokesman for the Washington State Patrol, said that several years ago, when he worked in the southern part of the state, the Mile 69 marker in Yakima County proved to be particularly elusive. At one point, the state installed a blank sign to mark the spot, he said