An interesting data point from the MSNBC/Wall Street Journal poll I wrote about yesterday:

What this suggests is that, while the GOP’s gains in 2010 will not be limited to just the South, the long term prospects for the party aren’t any better right now than they were in 2006 or 2008. 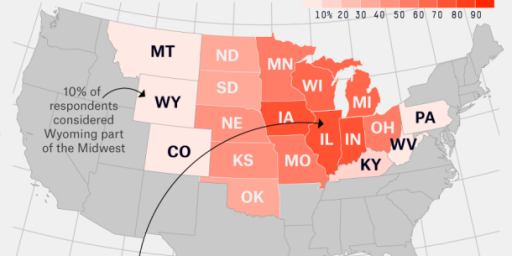