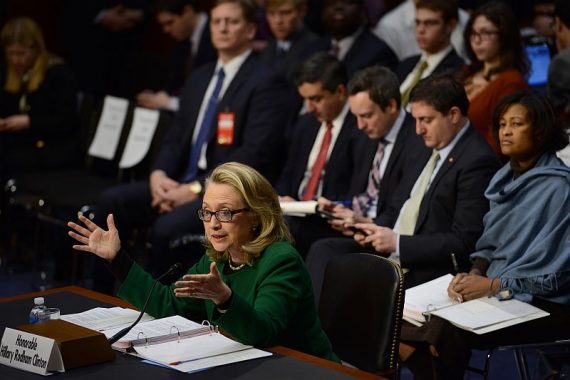 WASHINGTON, DC – JANUARY 23: Secretary of State Hillary Clinton testifies on the Benghazi attack before the Senate Foreign Relations Committee in Washington, DC on January 23, 2013. The Secretary has been unable to testify recently due to recent health issues. Now that she’s recovered, her testimony may shed light on what happened regarding security measures to protect the U.S. Consulate was fatally attacked in Benghazi, Libya. The US Ambassador to Libya and three other americans were killed in the attack last September 11th. (Photo by Linda Davidson / The Washington Post)