Right now, it's more prudent for the Federal government to borrow money than to pay cash. 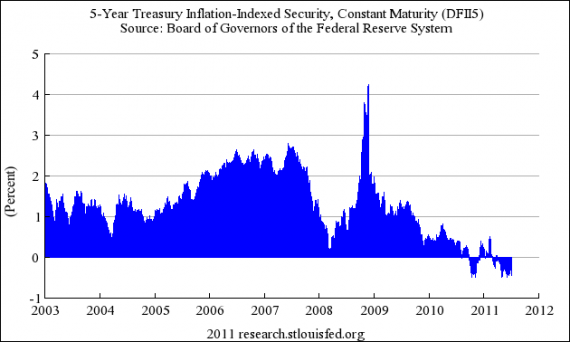 The graph above, which I snagged from Karl Smith, illustrates the point that concern for the deficit at this point in time is simply absurd. This is a graph of interest rates on Federal debt. You will note that at this time, interest on Federal debt is actually negative.

Let that sit in your mind for a minute. The interest rate is negative.

No, it won’t be like this forever. Yes, the deficit is a long term problem.

But it isn’t today’s problem. Not by a long shot.