Gravy Train About To End For The Washington, D.C. Area?

Some people in the D.C. area are worried that the Federal spending gravy train may be coming to an end. They should be. 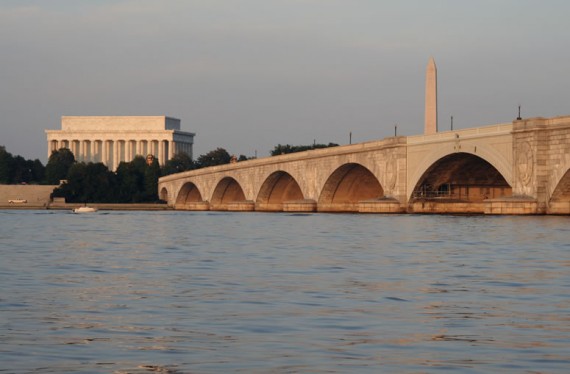 With Republicans set to take over the House in two days and austerity the word of the week, The Washington Post is lamenting what that could mean for the D.C. Metro area, which has largely escaped many of the worst parts of the economic downturn that began in 2008:

The Washington region rose above all other metropolitan areas in 2010 when it came to economic progress. Bolstered by federal hiring and a boost in procurement, the region recorded the nation’s highest net number of jobs gained during a 12-month period as the year came to a close.

But economists are concerned that the momentum may now be threatened as the region’s major industry — the federal government — prepares to face the budget ax. Many in Congress have expressed an interest in slowing federal spending in order to bring the $1 trillion or so deficit in line.

Welcome to the era of government austerity.

The last time the federal government went down this path, in 1995, the region felt the pain. During a two-year period, the federal workforce in the Washington area shrank by 32,000 with cuts at NASA, Agriculture, Transportation and numerous other agencies. Federal contracts were canceled. The government scrapped construction projects in the area. The after-shocks reverberated throughout the region’s economy. Consumer confidence plummeted, driving down retail sales and exacerbating a depressed housing market. Declining federal aid and local tax revenues prompted several jurisdictions, including Prince George’s County, to lay off employees to help close their budget gaps.

This time, the private sector in metropolitan Washington is more diverse. But federal spending and procurement still represent about one-third of the region’s $443 billion economy. Some forecasts suggest that the growth of federal spending and procurement could plunge to 1 percent or below in 2011 from an average of about 8 percent annually during the past several years. That could hurt even if the local economy benefits from improvements this year in the U.S. economy.

Over at his own site, OTB co-bloggerDave Schuler  has what I think is probably the pithiest response to this bellyaching in a post appropriately entitled Boo-Freaking-Hoo:

What’s next? Pleas to go easy on organized crime because fighting it would reduce the market for pinky rings and armor-plated limos?

Indeed, or as Ed Morrissey puts it, rather than belly-aching about the end of a gravy train, perhaps the D.C. area needs to diversify:

If the DC area wants to prosper, perhaps it should make itself less dependent on government largess for its economy.  The rest of us feel that our nation’s capital should be sharing in the same pain in these tough economic times rather than picking our pockets — now or in the future — to live high on the hog.  At any rate, it’s not the business of Congress to transfer our money to the Beltway, a lesson Republicans taught in 1995 and apparently have to teach again.

Indeed it’s not, and to a large extent the D.C. area is far more diversified economically than it was even fifteen years ago. Most importantly, it is far from being the government “company town” that it may have been in 1960s, 1970s, and earlier. More importantly, though, its fairly obvious that whatever cuts in the government that we’re going to see over the next two years are going to be minimal at best, and that the Post is essentially engaging in no small degree of fear-mongering here. Northern Virginia and Suburban Maryland are going to do just fine.  The District of Columbia is a major city that will continue to suffer the problems of every other major city (and,  in fact, the District itself hasn’t benefited nearly as much from all that government spending as the suburbs have). Whatever temporary pain they feel will just be a reminder that you don’t build economic prosperity on the backs of the American taxpayer.

California Says No To Coal Power