Iraq’s interior minister said Monday that insurgents used a handicapped child as one of the suicide bombers who launched attacks on election day. Falah al-Naqib told reporters in Baghdad that 38 attacks were carried out on polling stations in Iraq on Sunday and that one of the suicide bombings was carried out by a disabled child. “A handicapped child was used to carry out a suicide attack on a polling site,” al-Naqib said. “This is an indication of what horrific actions they are carrying out.” He gave no other details about the attack, but police at the scene of one the Baghdad blasts said the bomber appeared to have DownÃ¢€™s Syndrome.

As Charles Johnson notes,”it strongly suggests that the mujahideen are running out of willing suicide killers.” Of course, it might just be that they are equal opportunity employers. . . . 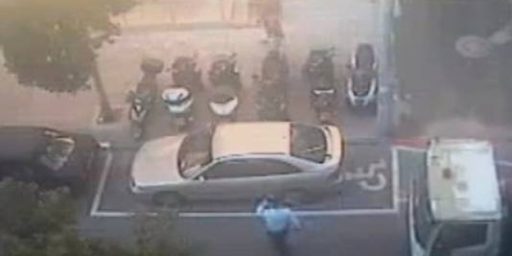