Well, this is surely a shot across the bow:

It’s routinely pointed out that Reid’s reelection chances turn on whether he can render Angle an unacceptable alternative. But the rubs is that given how disliked Reid and the Obama agenda are in Nevada, he needs to render her really, truly, horrifyingly unacceptable. If the stuff Angle has already said isn’t enough to do that, it’s hard to imagine what it would take.

So far at least, Reid has seemed to succeed in his effort to knock Angle down, but the polls remain close: 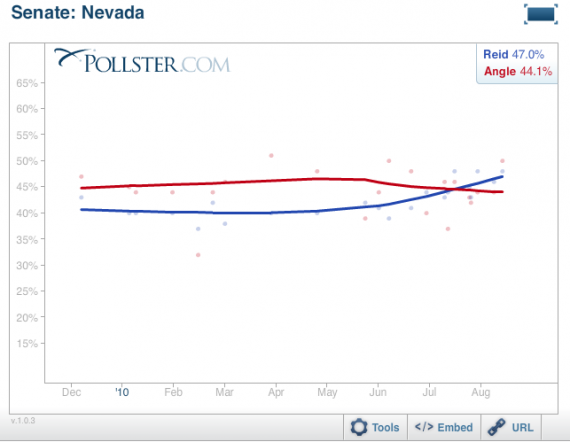 Whether this “go negative” strategy will be enough to make up for the obvious antipathy that Nevadans have for Reid and Obama is the question we won’t really have an answer to until Election Night.