Harry Reid’s wife, Landra, suffered a broken neck, back and nose and his daughter, Lana, also sustained serious injuries in a chain-reaction car accident in Fairfax, Va. on Thursday according to Reid’s spokesman.

Both women’s injuries are considered serious but not life-threatening — and both have sensation in their extremities, an indication that they aren’t paralyzed, Reid spokesman Jon Summers said.

Reid’s wife is listed in serious condition and will stay in the hospital, but his daughter will be released. The initial prognosis for Reid’s wife is that no surgery will be required, Summer said.

According Josh White and Shailagh Murray, other drivers suffered less serious injuries and the driver of the truck that caused the accident has been charged with reckless driving.  Oh, and “Reid went to the Capitol to preside over a health-care meeting and will return to the hospital when it concludes.”

I’ll second Stacy McCain‘s best wishes for the Reid’s (if not for the health care bill) and his rant about DC drivers. 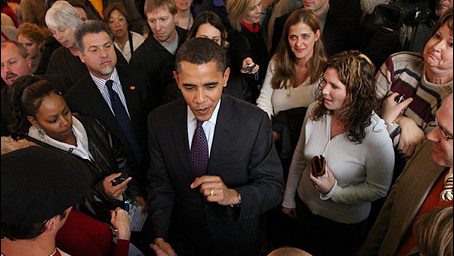