Having a Beer with Obama Conor Friedersdorf rightfully notes that Henry Louis Gates and James Crowley should be having their beer at a local Cambridge pub rather than at the White House.   Bowing to the inevitable, however, ABC News moves on to the weighty issue of what beer will be served.

Crowley told the president he was more partial to Blue Moon. […] Blue Moon, however, could be a problematic pick for the Democratic president, because while it is marketed as a small craft beer, it was actually created by Coors and today owned by MillerCoors. The Coors family has been a long-time supporter of the Republican party. Additionally, the AFL-CIO ran a decade-long boycott of the company’s beer in the late 1970s and early ’80s.

Gates told The Boston Globe over the weekend that he was partial to Red Stripe and Beck’s. But both of those are foreign beers. The White House only stocks American beers, under a tradition dating to the Johnson administration.

Budweiser isn’t a slam dunk either. Some could argue that the beer is no longer an American beer after being bought out by Belgian-Brazilian beer giant InBev, maker of Hoegaarden, Leffe and Stella Artois.

Truly vexing.  Might I suggest they have refreshing mojitos instead? 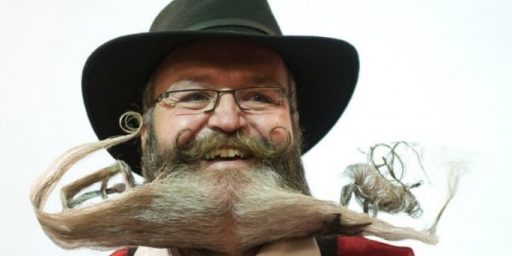