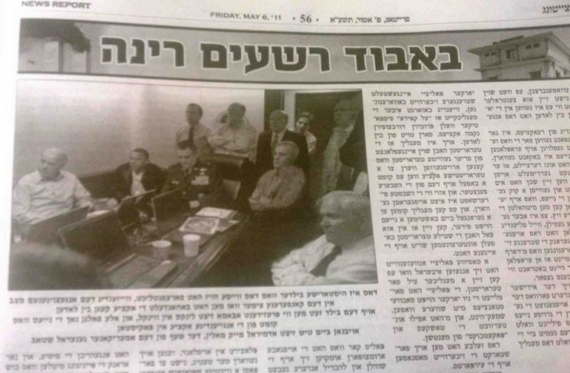 Well, this is certainly odd:

The religious paper never publishes pictures of women, as they could be considered “sexually suggestive.” Apparently the presence of a woman, any woman, being all womanly and sexy all over the United States’ counterterrorism efforts was too much for the editors of Der Tzitung to handle.

For reference, here’s the original photo