There was widespread speculation yesterday after Hillary Clinton disappeared from the campaign trail. It turned out that she was in New York for a surprise visit to “Saturday Night Live.”

Hillary Rodham Clinton dropped off the campaign trail Saturday to make a guest appearance on “Saturday Night Live,” reveling in a skit that lampooned the news media as biased toward Barack Obama and poking a little fun her 11 straight losses to Mr. Obama.

Probably her best line came when Amy Poehler, who portrays her on “SNL,” asked her how things were going. “Oh, the campaign is going very, very well,” Mrs. Clinton said in a syrupy tone. Then, with mock suspicion, she continued: “Why, what have you heard?”

The show opened, as it did last week, with a skit parodying the recent Clinton-Obama debates; Mrs. Clinton did not take part in the re-enactment. Last week’s skit featured CNN moderators fawning over Mr. Obama; Saturday night’s had the NBC panelists, Brian Williams and Tim Russert, doing the same, with Mr. Russert laying it on thick as he described Mr. Obama’s eloquence. “I get it Tim, he’s eloquent,” the faux Mrs. Clinton said.

(A quick aside: The real Mrs. Clinton had referenced last week’s skit during the real debate with Mr. Obama in Ohio on Tuesday, complaining that she seemed “to get the first question all the time.” She continued: “I don’t mind. I’ll be happy to field it. I just find it curious, if anybody saw ‘Saturday Night Live,’ maybe we should ask Barack if he’s comfortable and needs another pillow.”)

When the skit ended, the “SNL” announcer introduced an “editorial response,” and there was the real Mrs. Clinton seated at a desk. “The scene you just saw was a re-enactment — sort of — of last Tuesday’s debate, and not an endorsement of one candidate over another,” she said.

“I still enjoyed that sketch a great deal because I simply adore Amy’s impression of me.”

Ms. Poehler then appeared, and they complimented each other. “I love your outfit,” Mrs. Clinton said, and then dead-panned: “I do want the earrings back.”

Kevin Aylward has the video:

Perhaps you had to be there, but this doesn’t strike me as funny.

SNL famously did some terrific parodies of the debates between George W. Bush and Al Gore during the 2000 campaign that were both uproariously funny and fair (or at least equally unfair) to both candidates. But they’ve now devoted two weeks in a row to rescuing Clinton’s campaign; that’s just odd. 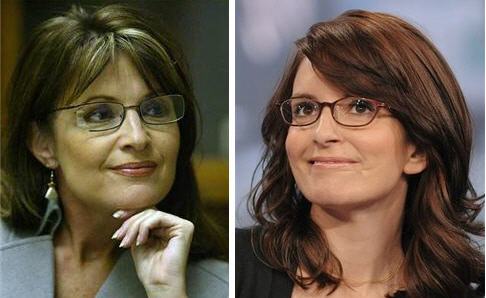 Door Open a Tad for a Ron Paul Independent Run?