James Taranto thinks it’s time for Fox to discontinue the use of this terminology:

In the spring of 2002, at the height of Palestinian terrorism against Israel, the network began using the term homicide bombing to refer to what everyone else calls a suicide bombing. In a FoxNews.com column, Reagan defense official and Shakespeare scholar Kenneth Adelman made the case for the new nomenclature: “Someone committing suicide does so alone, without any inkling to harm anyone else. Here, . . . the goal is not to kill oneself but rather to kill others.”

It’s hard to argue. But while Mr. Adelman is on the right side, homi- is the wrong ‘cide. Timothy McVeigh committed 168 homicides, but nobody calls him a “homicide bomber.” What sets a “homicide bomber” apart from an ordinary homicidal bomber is that the former takes his own life in the process. In short, a “homicide attack” is one in which the attacker commits suicide.

Aside from this confusion, this use of homicide as a dysphemism for suicide obscures the singular depravity of suicide terrorism. It’s not just that terrorism is deadlier when the perpetrators are unconstrained by the imperative of their own survival, though that’s certainly part of it: The suicide hijackers who attacked America two years ago killed 500 times as many innocent people as the mere murderers who bombed the World Trade Center in 1993.

This is an interesting debate, although not one that I’ve taken a firm position on. On the one hand, Fox’s usage of this term is a form of editorializing that I rather dislike. Further, it strikes me as unnecessary since virtually everyone recognizes the despicable nature of intentionally blowing up innocents to send a political message. On the other, media outlets often make political judgments, like refusing to print the name of the Washington Redskins or other Indian-named teams, refusing to call terrorists “terrorists,” and the like. “Suicide bombings” puts the focus on the individual murderer and his motivations, rather than on the consequences of the action. 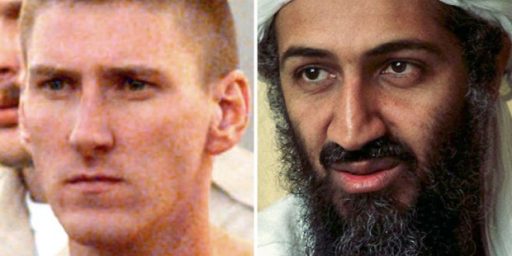