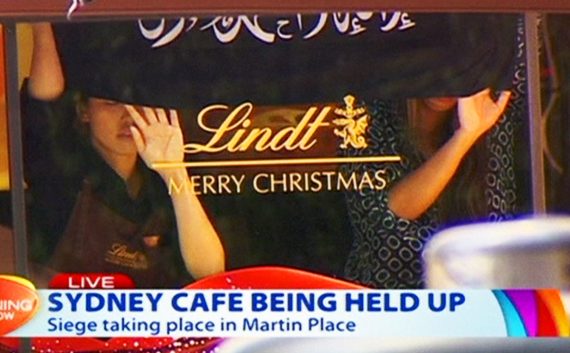 This image taken from video shows people holding up what appeared to be a black flag with white Arabic writing on it, inside a cafe in Sydney, Australia Monday, Dec. 15, 2014. An apparent hostage situation was unfolding inside the chocolate shop and cafe in Australia’s largest city on Monday, where several people could be seen through a window with their hands held in the air. (AP Photo/Channel 7 via AP Video) AUSTRALIA OUT