How America Uses Its Land

Very little of our vast landmass is densely populated with humans.

I stumbled on this July 2018 interactive feature titled “Here’s How America Uses Its Land” while perusing Bloomberg. The baseline map of the contiguous 48 states by itself is quite interesting: 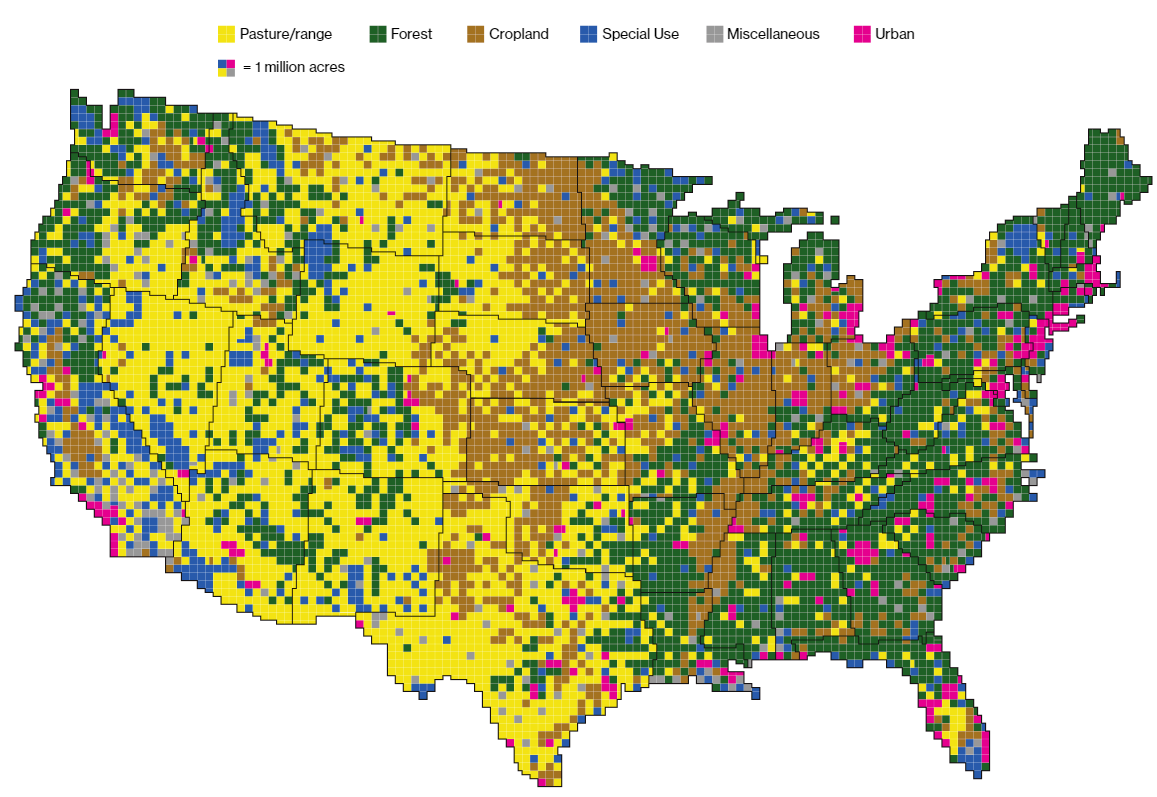 Scrolling down the page shows many different breakdowns that may be of interest to you. But the above overview map rather stunningly illustrates how little of our vast landmass is densely populated with humans. I spent last weekend driving down rural Virginia and North Carolina and was starkly reminded of how much forest and farmland there is even in the earliest states to settle.

Relatedly: “Between pastures and cropland used to produce feed, 41 percent of U.S. land in the contiguous states revolves around livestock.”

The “special use” category is a catch-all for all manner of things. “More than 100 million acres of special-use areas are park and wilderness areas, where most commercial activities, such as logging, mining and grazing, are excluded.” It also includes “2 million acres devoted to golf courses” and “3 million acres for airports.”

A useful reminder, too, for our frequent debates over political representation surrounding the Senate and the Electoral College: “Even though urban areas make up just 3.6 percent of the total size of the 48 contiguous states, four in five Americans live, work and play there. With so much of the U.S. population in urban areas, it’s little surprise that these areas contribute an outsize amount to the economy. The 10 most productive metropolitan areas alone contributed to about 40 percent of U.S. GDP in 2016.”