How Much Should We Trust Those Jobs Reports?

Buzzfeed’s Willie Herrmann points out that the Bureau of Labor Statistics has been doing a lot of revising of its employment reports lately:

A full 50% of the time, the initial perception of the jobs numbers would have been incorrect: Reported jobs growth exceeded economists’ expectations, but then the revised numbers actually fell short of them, or vice versa. In other words, if you want to know what today’s jobs report means for the economy, reading the headlines is no more useful than flipping a coin.

Just take a look at the chart: 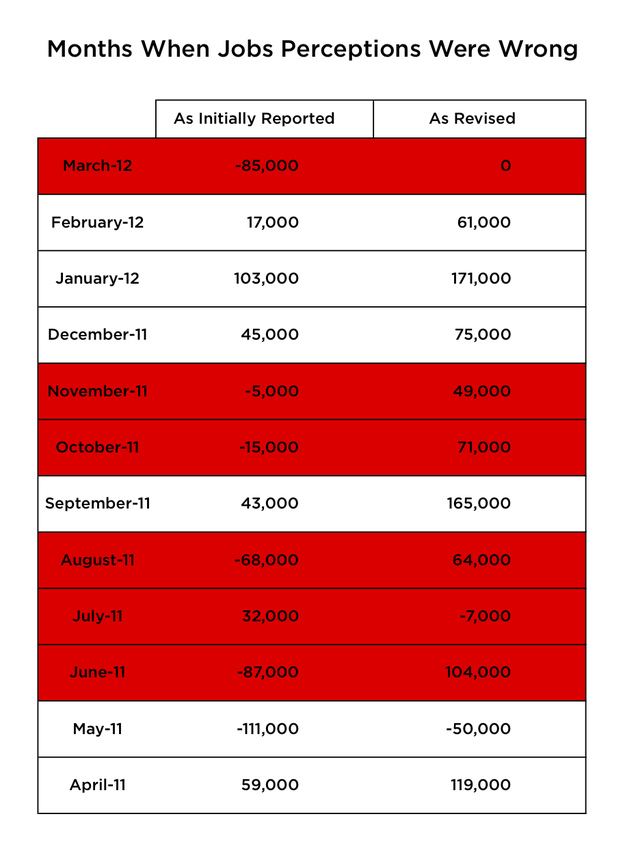