How Steve Jobs Succeeded By Failing

Before achieving astounding success, Steve Jobs had to experience disappointment and failure. 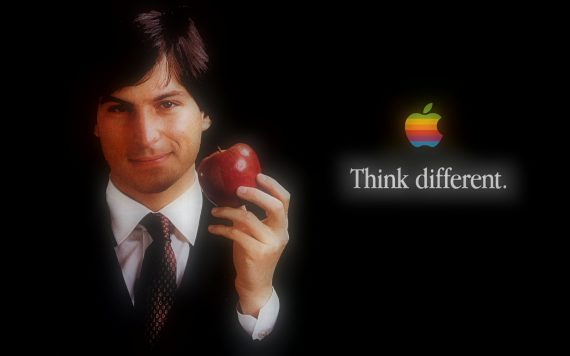 Over at NRO, Nick Schulz points out that before the world knew Steve Jobs the astronomically successful businessman, there was Steve Jobs the business failure:

Everyone today thinks of Jobs as the genius who gave us the iPod, MacBooks, the iTunes store, the iPhone, the iPad, and so on. Yes, he transformed personal computing and multimedia. But let’s not forget what else Jobs did.

Jobs (along with Steve Wozniak) brought us the Apple I and Apple II computers, early iterations of which sold in the mere hundreds and were complete failures. Not until the floppy disk was introduced and sufficient RAM added did the Apple II take off as a successful product.

Jobs was the architect of Lisa, introduced in the early 1980s. You remember Lisa, don’t you? Of course you don’t. But this computer — which cost tens of millions of dollars to develop — was another epic fail. Shortly after Lisa, Apple had a success with its Macintosh computer. But Jobs was out of a job by then, having been tossed aside thanks to the Lisa fiasco.

Jobs went on to found NeXT Computer, which was a big nothing-burger of a company. Its greatest success was that it was purchased by Apple — paving the way for the serial failure Jobs to return to his natural home. Jobs’s greatest successes were to come later — iPod, iTunes, iPhone, iPad, and more.

For those who were paying attention to the computer industry at the time, the unceremonious dismissal of Jobs from Apple (which was preceded a few years earlier by the departure of his friend and co-founder Steve Wozniak from day-to-day operations at the company) was something of a shock, and was taken by some as the sign of a sea change in Silicon Valley. The days of the geeks and the entrepenuers were over, it was said, and it was time for the businessmen to take control. The Dot-com boom in the 90s, combined with the fact that the new, more corporate leadership at Apple was largely letting the company sit still while Microsoft, Intel, and Dell had the field virtually to themselves, sort of put the lie to that. However, it wasn’t until Jobs returned to Apple and, borrowing an idea from the guys at Napster, came up with a revolutionary new way to sell and listen to music. And the rest was history.

Before that happened, though, Jobs had failed. He didn’t seek a government bailout. He didn’t whine and complain, He just moved on, and bided his time. The one thing that Schulz leaves out of his history is Jobs’ role at Pixar, which started as a company that Jobs purchased from George Lucas after he left Apple. That company revolutionized animation in the movies, and on television, and it probably wouldn’t have existed but for the failure of Lisa and Jobs’ departure from the company he founded.

There’s a moral here for a Washington culture that fears failure too much. In today’s Washington, large banks aren’t permitted to fail; nor are large auto firms. Next up will be too-big-to-fail hospital systems. Steve Jobs is a reminder that failure is a good and necessary thing. And that sometimes the greatest glories are born of catastrophe.

This isn’t a new concept, of course, Joseph Schumpeter came up with the idea of

“The opening up of new markets, foreign or domestic, and the organizational development from the craft shop and factory to such concerns as U.S. Steel illustrate the same process of industrial mutation-if I may use that biological term-that incessantly revolutionizes the economic structure from within, incessantly destroying the old one, incessantly creating a new one. This process of Creative Destruction is the essential fact about capitalism. It is what capitalism consists in and what every capitalist concern has got to live in. destruction” long ago, and stated it thusly:

Failure in the market breeds success, and policies that tend to shield businesses from the consequences of failure are harmful because they prevent the economy from adjusting properly. Business failure means pain, loss, and humiliation, but its also a signal from the market that what you tried to do didn’t work and that it’s time to try something new. Whether he understood it consciously or not, Jobs acted throughout his career in recognition of this basic fact of life. Rather than allowing a business failure to discourage him, he kept trying to reach for something new and, in doing so, he’s enhanced the lives of countless numbers of people.

Washington would do well to recognize the lesson that Jobs’ career teaches us. Failure isn’t a bad thing. In fact, it’s absolutely necessary to success.