How Times Have Changed: Vatican Edition 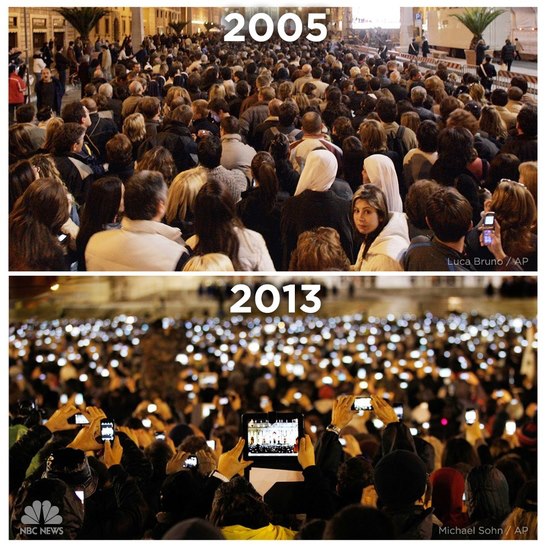 It’s worth noting that the 1st iPhone didn’t come out until 2007. This is just another example of how ubiqutious these devices have become.