How Should We Be Handling Air Security?

In a recent post James returned to a subject he’s mentioned frequently, his dissatisfaction with the security measures we’ve got in place for commercial air passenger security:

Presuming that Osama is still alive and the tape is genuine, it’s quite interesting that he’s now reduced to bragging about horribly botched operations to bolster his credibility. It would be funnier, of course, if we weren’t massively overreacting to the plot and further snarling our transportation system and curtailing the liberty of our citizens.

and I’ve observed substantial dissatisfaction with our current measures from the OTB commentariat.

Partially in reaction to James’s observation, I’ve posted a short history of air hijacking over at The Glittering Eye. I conclude that post with an attempt at soliciting the opinions of readers on the subject. Is our current approach too hot, too cold, just right? Should we be doing nothing whatever? What should we be doing?

Where Have All the Commenters Gone? 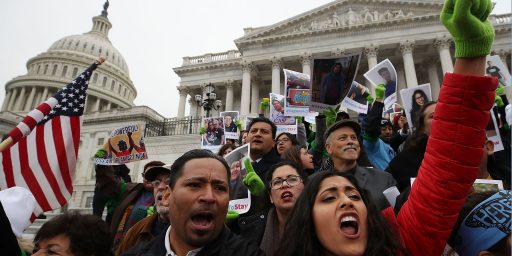