Ignorance of the Law is No Excuse

You can go to jail for running afoul of laws you had no way of knowing existed.

An excerpt from Nathaniel Burney’s The Illustrated Guide to Criminal Law: 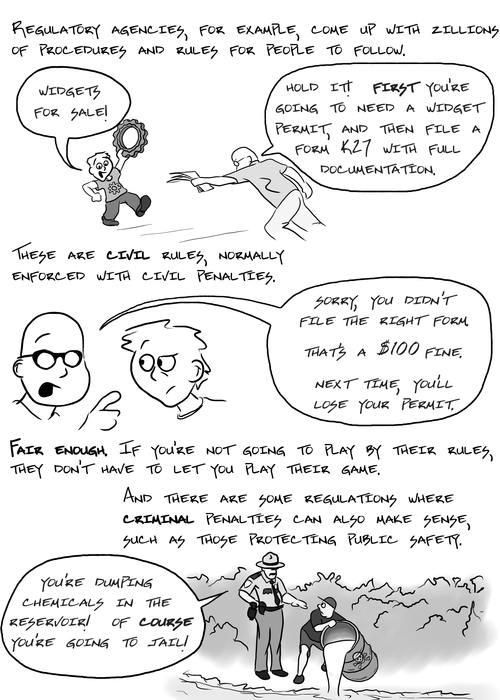 UPDATE: What appeared at the linked site to be one incredibly long cartoon mural was in actuality a long series of cartoons on the same theme. The earlier ones in the thread, not reproduced in my posting, are actually better examples than the one that did post and which, ironically, I hadn’t even read before copying the cartoon for the post. Rather than try to replicate Burney’s entire posting, I’ll commend it to you and reproduce the example that caught my eye below: 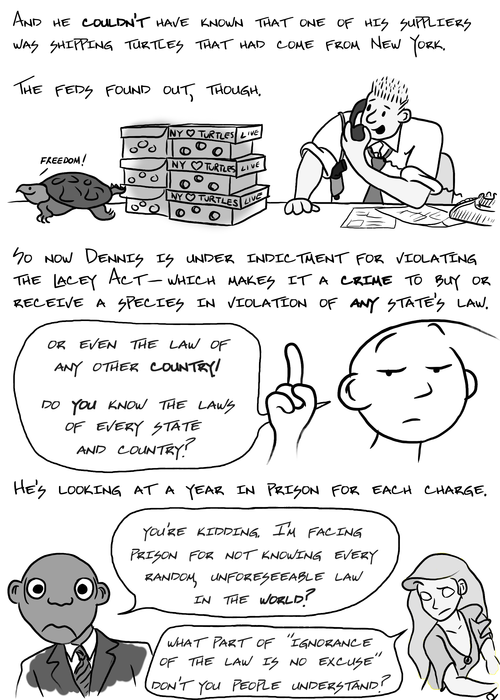