The United States naval surveillance ship USNS Impeccable has met with some “harassment” by Chinese vessels in the South China Sea:

WASHINGTON (CNN) — The Pentagon said Monday that Chinese ships harassed a U.S. surveillance ship Sunday in the South China Sea in the latest of several instances of “increasingly aggressive conduct.”

During the incident, five Chinese vessels “shadowed and aggressively maneuvered in dangerously close proximity to USNS Impeccable, in an apparent coordinated effort to harass the U.S. ocean surveillance ship while it was conducting routine operations in international waters,” the Pentagon said in a written statement.

The crew members aboard the vessels, two of which were within 50 feet, waved Chinese flags and told the U.S. ship to leave the area, the statement said.

“Because the vessels’ intentions were not known, Impeccable sprayed its fire hoses at one of the vessels in order to protect itself,” the statement said. “The Chinese crewmembers disrobed to their underwear and continued closing to within 25 feet.”

After the Impeccable alerted the Chinese ships “in a friendly manner” that it was seeking a safe path to depart the area, two of the Chinese ships stopped “directly ahead of USNS Impeccable, forcing Impeccable to conduct an emergency ‘all stop’ in order to avoid collision,” the statement said.

“They dropped pieces of wood in the water directly in front of Impeccable’s path.”

It’s a troubling incident. I’ve no way of knowing whether this conduct was officially sanctioned on the part of the Chinese authorities or merely a case of over-zealous actions by a few captains but it highlights the dangers of the very aggressive language we’ve heard from time to time from Chinese military authorities.

The picture above is a file photo of the USNS Impeccable. 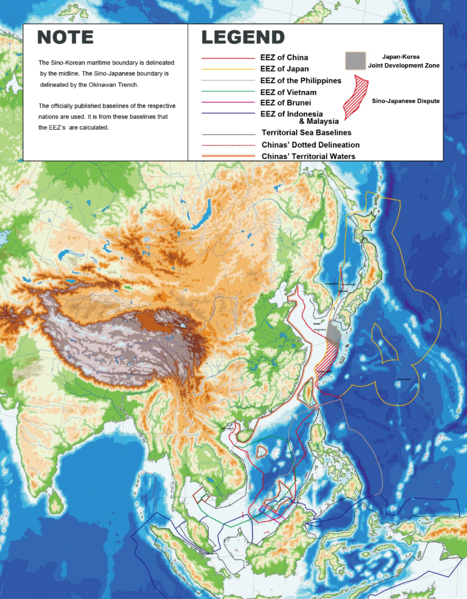 More on the Incident in the South China Sea (Updated)

The U.S. And NATO Should Stay Out Of The Russia-Ukraine Fight